Doctor Who - Big Finish Announces Early Adventures Series 2 and Beyond 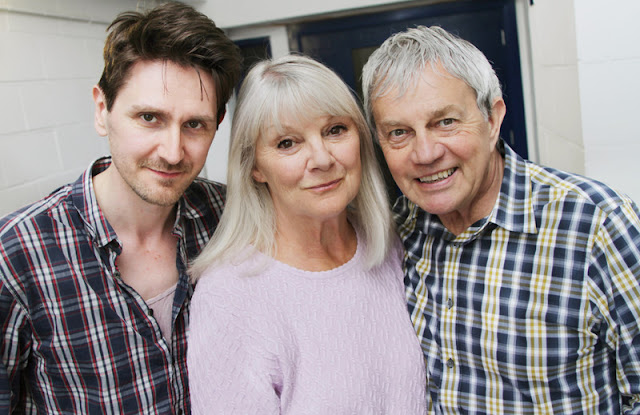 The second series of The Early Adventures will feature all the companions from the second Doctor era including a new actor to play Ben who was originally played by the late Michael Craze.  Frazer Hines will be in all four stories of series two as he will be playing both Jamie and the Second Doctor. Reprising their roles will be Anneke Wills as Polly, Deborah Watling as Victoria and Wendy Padbury as Zoe.  Elliot Chapman will be joining the TARDIS crew as the new voice of Ben.

Big Finish has announced that Series Three,Four and Five have gone on sale for pre order along with Series Two. The First Doctor Companions will be back in 2016 in Series 3.  That is good news for fans of the 60's era of Doctor Who as we will be getting 16 Adventures from the black and white era.
Below is a synopsis for the upcoming Series 2 which comes out in September.

The Yes Men
By Simon Guerrier

The Forsaken
By Justin Richards
Sees The Doctor, Jamie Ben and Polly landing on an island off Singapore during the Japanese invasion of 1942. The travellers are found by some British soldiers - among them a certain Private James Jackson, who just happens to be Ben’s father.

The Black Hole
By Simon Guerrier
The Doctor, Jamie and Victoria arrive on a research station near a black hole, time keeps standing still. Investigating the phenomenon, the Doctor discovers a power far greater than any of the monsters that challenge him on his travels... Guest stars for this story are David Warner, who serves as narrator, Rufus Hound and Janet Dibley.

The Isos Network
By Nicholas Briggs
The Doctor, Jamie and Zoe in a story set immediately after the TV story The Invasion. The Isos Network reveals that the Cybermen threat is far from over...

You can pre order Series 2 at the Big Finish website.
http://www.bigfinish.com/subscriptions/start/79/0
Posted by DR5WHO at 9:28 AM