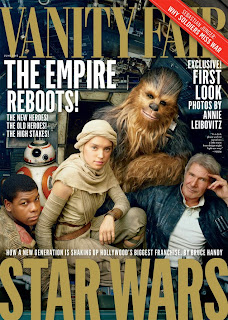 Star Wars Day - I don't celebrate Star Wars day.  I don't watch the films and I certainly do not wish anyone Happy Force or whatever.  I sort of get it but choose not to take part.  With that said, there is much more to celebrate this year with a new Star Wars film coming in December.  This is the film that everyone wants to see and it is finally coming.  The promotion is fast and furious now and beside some disturbing news of the spin-off movies, all is going to plan.  My interest is rising for this film and I may attempt a midnight showing even. 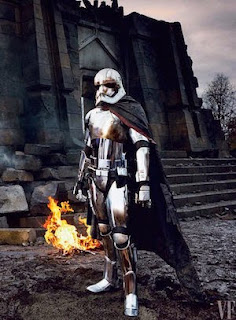 I like the look of this film so far.  It does look like the Star Wars Universe but more like the original trilogy instead of the CG trilogy.  This is a good thing.

I am also all in on the spin-off films, although I am not a big fan of movies that tell a tale of the past.  The CG trilogy told a tale that we already knew the result and with the spin-off of Boba Fett (the spin-off that is in the works) will be of some interest but won't really change much.  Fett still ends up being eaten (unless they change this which is a strong possibility.)

I guess my next thing is to set up some time to re-watch the original trilogy before the end of the year. Perhaps my daughter will be ready for these movies.  I may have to convince her with ice cream and popcorn!


SYFY cancels another show – My articles in this column are more about what I am into and I do not watch Helix. I tried to and if I wasn't watching so much to begin with, perhaps I would have stuck with it. I am not liking all the outbreak products right now, not caring if they are vampires, zombies or what have you.  Any chance of catching up with this series is now laid to rest because the show did end on a cliffhanger. 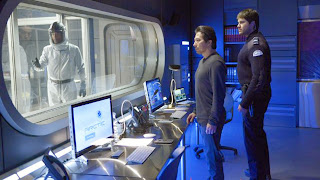 I wonder if there are too many sci-fi TV series on right now. I believe my past self would travel in a time machine to today and slap me for saying this but there is only so much time for TV. Despite the fact that I have a life (of sorts) and a family and other priorities, I think my past self would still have trouble keeping up with everything. This coupled with the fact that it is harder for a show to be canceled has something to do with it. I am not trying to gouge Helix fans with this statement but there are so many shows out now that I personally watch that are not being canceled. Some of them I want canceled just so I can enjoy new product the following year. The reason for these types of shows holding on this long is that the genre is popular right now but also some of the smaller networks don't require massive ratings nor the need to make room for less expensive and vile reality programming. 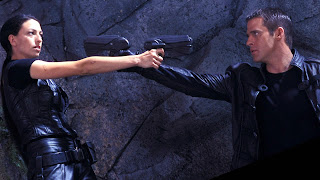 So, why did SyFy cancel it? I have no idea. SyFy has an expiration date on their shows. It might be ratings, it might be making room for new programming. It might be political or cost. Just when SyFy seems to be getting into better sci-fi product by getting rid of the WWE and perhaps seeing the giant monster parody craze dying down a bit, you would think that they would be hungry for material and what better way to bring fans into their new programming than showing existing fans of their series that new product. 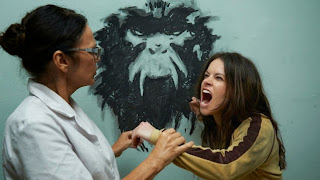 I am still upset at SyFy for canceling Farscape and Alphas among others. Their reasoning just doesn't sit right for me. The article that I read about this news states that the ratings for Helix was incredibly low and a show like 12 Monkeys (another show I want to watch) is doing much better. You can't argue with low ratings usually but it still hurts when you are a fan and no one is watching a series that you think is really good. 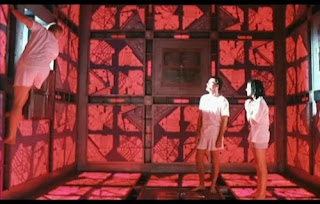 Cube Remake – Ever see the original 1997 movie, Cube? It was not a wide release but it is a movie that has enjoyed a cult following and two sequels. The sequels began to lose cohesion but the original is, well, original and pretty freaky. A remake would probably have to try to do something different for audiences who are familiar with the idea but since the film was not a blockbuster, a fresh take on a good idea might be just fine. I think I need to revisit this film again! 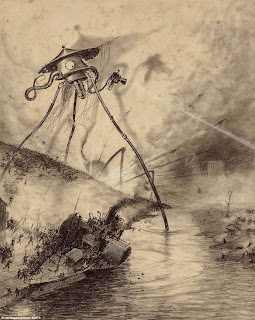 The War of the Worlds Artwork – Some original sketches by Henrique Alvim Corrêa are up for auction for around $530,000. The 32 drawings were used by H.G. Wells for his novel, The War of the Worlds, in 1906. Wells had not liked the original artwork for his novel in the first printing and so in future printings used Correa's work. Some nice work for sure and it would look great in my living room. Just saying.


See more of them at this site.

Ex Machina – I finally did catch this film and found it to be very good. Unfortunately the people I was with hated it and while this didn't surprise me, I did find I agreed with one of their assessments that it reminded them of the movie Moon, which they also hated. I didn't love Moon nor Ex Machina, I thought they both had great ideas but I figured out the plot fairly early on. In the case of Moon, once this idea did reveal itself, the rest of the film felt less important. In Ex Machina, I liked how it was shot and presented. Talks of logic and dealing with a machine presented only a couple of potential outcomes. (Spoilers) – the idea of a love story was very obvious and Hollywood and was certainly the way that I thought the movie might go and yet the secrets we are given lead us to another outcome that is probably shocking to many viewers. I was shocked more that they actually went with that path.

I give the film credit for what it did and how it did it. It did not end with explosions and action. It was intelligent and low key. I think what bothered some people was the pay off.  You are building up to find out what Nathan is trying to accomplish and what is his real plan since Ava has already told us not to trust him.  And yet, this is not all that it seems and in the end we have very simple conclusion that perhaps does not live up to the raised expectations.  I think writer and director Alex Garland's other sci-fi film, Sunshine, did the same thing when it paid off viewers with a stalking maniac trying to kill all the crew.  In the case of Sunshine, it is not that simple.  There is the idea of faith, power and man over nature.  On the surface both films end more like a horror film than anything and I can see why people would want more.  With Sunshine, the answer is there, under the surface while with Ex Machina I feel the answer, in a similar way, was in plain sight. 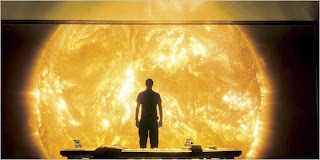 If you were tricked into thinking one way just as the character, Caleb was, then you probably feel slighted.  My fellow movie companions claim they saw the ending coming and certainly it was a strong possibility especially if you knew there was a twist.  But the normal Hollywood process sets up an idea (Nathan is hiding something) and goes with this until the twist (Ava is hiding something).  The idea, when presented, could be a surprise but when it happens, like most twists, it is suddenly obvious and unless the twist makes sense or has an obvious logic to it, it may not be accepted by audiences.  I felt, as I did in Moon, that the twist might have been clever but not better than other options.  I may have tried out thinking the movie and writer and this result presents me with something that did not quite live up to my higher expectations.  I still think Moon and Ex Machina were good films and the only reason I would have to watch them again would be to see how the 'twist' can be seen in the film before it is revealed.  This can be more fun than seeing it for the first time.