Doctor Who - 10th Anniversary of NuWho: The Empty Child/ The Doctor Dances Review 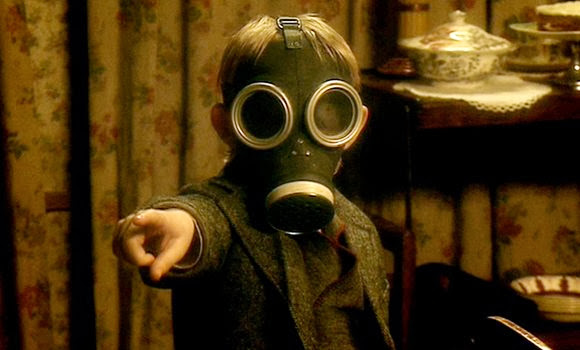 Doctor Who
The Empty Child/The Doctor Dances
By Steven Moffat

“What's life? Life's easy. A quirk of matter. Nature's way of keeping meat fresh. Nothing to a nanogene. One problem, though. These nanogenes, they're not like the ones on your ship. This lot have never seen a human being before. Don't know what a human being's supposed to look like. All they've got to go on is one little body, and there's not a lot left. But they carry right on. They do what they're programmed to do. They patch it up. Can't tell what's gasmask and what's skull, but they do their best. Then off they fly, off they go, work to be done. Because, you see, now they think they know what people should look like, and it's time to fix all the rest. And they won't ever stop. They won't ever, ever stop. The entire human race is going to be torn down and rebuilt in the form of one terrified child looking for its mother, and nothing in the world can stop it!” 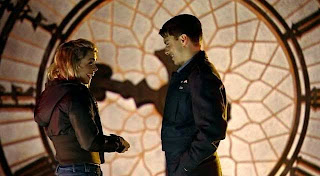 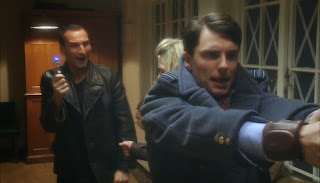 The Empty Child/The Doctor Dances is the story that got the behind the sofa feel back to Doctor Who.  For the first time during the reboot we were treated to a story that was dark and scary and that kid in the gas mask was downright creepy.   This two part story is what Doctor Who should be.  What makes you scratch your head is that Steven Moffat wrote it and it is unfortunate that he hasn’t really incorporated this style of writing more in the Matt Smith era but it looks like it is making a comeback in Peter Capaldi’s stories

This story also introduces one of the new series extremely popular reoccurring character Captain Jack Harkness.  I like Captain Jack and watching his first appearance again made me think how different his character was but in a way not to different.  There was all the charm of the flirt and bravado of the playboy but also he showed a conscious towards the end when he knew he had to do the right thing when he realized he was responsible for causing all the problems with the nanogenes.  Steven Moffat is responsible for creating two characters that are now a part of the show mythos in River Song and Captain Jack and I for one think Jack is the better of the two.  It is funny watching this story and thinking of what Captain Jack has become since with his own show Torchwood and his return to the show in Series 3 and now his audio adventures by Big Finish. 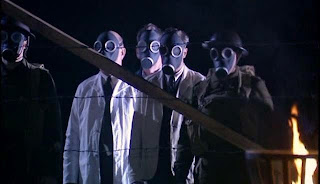 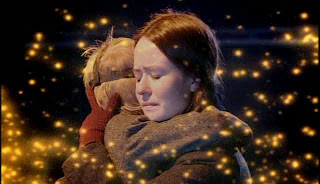 Like I said this story gave us the real behind the story moment of the new series and it was a welcome sight in a series that was lacking in scary.  Plus The Empty Child /Doctor Dances gave us a really good ending that makes you feel good as Jamie was brought back to life and reunited with his mother. Like The Doctor says everyone needs a day like this and The Empty Child/ The Doctor Dances is the one that everyone needs to watch from time to time.  It is a true classic for the new series and the first of many for Steven Moffat.
Grade A