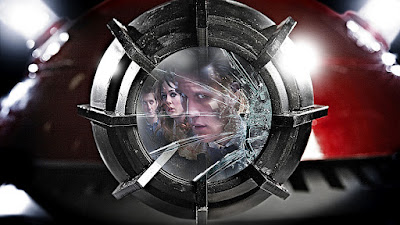 Finally our long worldwide nightmare is over as BBC America has confirmed and made official on their website and Twitter that Doctor Who will indeed be returning on September 1st at 9PM as the end of a day long Doctor Who marathon.  Here is the press release

Get ready for a final farewell to the Ponds…

BBC AMERICA’s Doctor Who returns after a record-breaking season with five blockbuster episodes on September 1 as part of Supernatural Saturday. Join the Doctor, his companions Amy and Rory (aka the Ponds) and numerous friends on their latest escapades through space and time where they puzzle an unexpected invasion of Earth, save a spaceship full of dinosaurs, don Stetsons in a Wild Wild West adventure and are even kidnapped by the Doctor’s oldest foe. The explosive series concludes with Amy and Rory’s heart-breaking farewell – a race against time through the streets of Manhattan. Will the Doctor really lose the Ponds forever? There’s only one way to find out… Doctor Who premieres Saturday, September 1, 9:00pm ET as part of Supernatural Saturday.
You can read the rest of the press release and a synopsis of the episodes at this link.
http://www.bbcamerica.com/doctor-who/extras/season-7-premiere-date/
Posted by DR5WHO at 10:28 AM