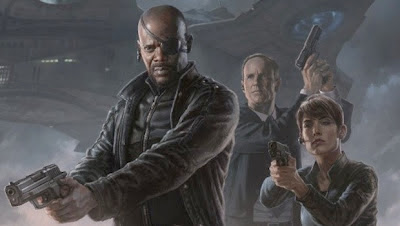 As suspected, an Avengers related TV show was in the works and it was announced that ABC will be bringing us SHIELD.  The TV series will include Joss Whedon as writer and director (at least on some of the episodes.)  It is uncertain how connected this series would be to the movie franchise and whether any actors would appear on the show.
Posted by SHADOKP at 8:24 AM