Doctor Who - Sleep No More Review (Some Spoilers) 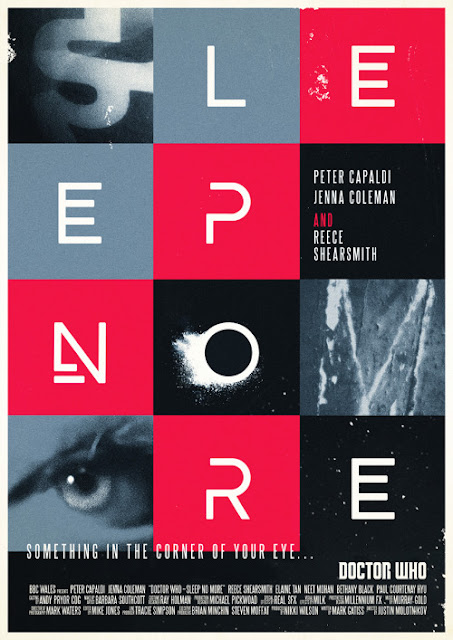 Doctor Who:
Sleep No More
By Mark Gatiss

“You must not watch this.”

I can say I’m not a big fan of found footage movies or television shows.  I hated the Blair Witch Project and wasn’t that fond of Cloverfield either.  So when I heard they were doing a found footage episode of Doctor Who I had big reservations about it.  Would it be good and would the scenes be jumping all over the place was one of my concerns but not that much of a worry as to who was writing it. 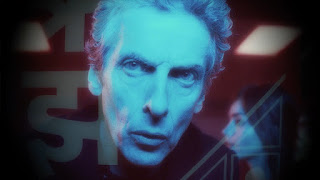 Mark Gatiss is not one of my favorite writers for Doctor Who but I have enjoyed some of his episodes and I did enjoy his last story Robots of Sherwood.   Now most fans hate Mark Gatiss and probably already written off Sleep No More without even watching it and looking at the ratings I might be right.  But for me he’s 50/50 going as far back as his Doctor Who novels for Virgin publishing during The Wilderness Years.  He has written some clunkers but has also written some gems.  If you get a chance hunt down the Doctor Who novel Nightshade it is one hell of a story and probably his best Who story to date.   With that said Sleep No More wasn’t all as bad as I feared and actually was quite good. 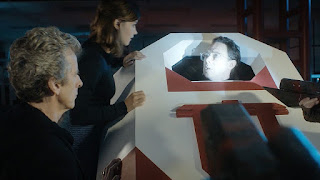 Now let me explain that.  I found Sleep No More to be quite good but I didn’t find it to be one of the greatest stories ever nor do I find it to be one of the worst.  On first watch Sleep No More was kind of meh and I wasn’t all that enthralled even though I enjoyed the scariness of the story.  When I watched it again I really enjoyed it and really loved the scariness and suspense of the story.  I also loved the mystery of it also as it kept The Doctor guessing.  It just seemed like he couldn’t figure it out which is unusual for Doctor Who as we are accustomed to seeing The Doctor win but in Sleep No More we actually see The Doctor fail.   The Doctor does as The Sandman releases his video to spread the sand creatures throughout the galaxy which seems like a return encounter with this new villain. 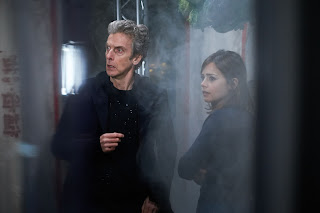 Now one of the things that I thought was a real stretch was the Sandman creatures and what they were created from.  They were created from the eye gunk that forms while we sleep.  Now come on really a creature forming from eye gunk.  Have they run out of ideas for new creatures?   I get the concept but that kind of ruined the creepy scary part of the story as I couldn’t help but laugh and roll my eyes when we all found out where the creatures came from.  I did like the fact that they used the dust to see and that brought the creepy aspect back as they used the dust floating around to use for vision.  But still eye gunk creature’s lol. 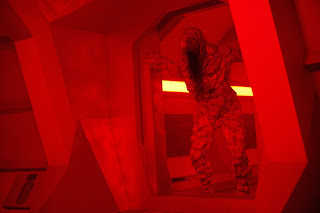 Another thing that was problematic was the confusion factor.  I’ve watched this twice and still could not see how Nagata got killed.  Did The Doctor and Clara just leave her as they ran to the TARDIS.  I don’t know.  Was everyone on the space station a sandman type creature like Rassmussen, played excellently by Reece Shearsmith, or were they real?  Still scratching my head on that one and the only thing I can come up with is that they were sand constructs also but then how do you explain the rescue mission?  I don’t know but they definitely set things up for another go around. 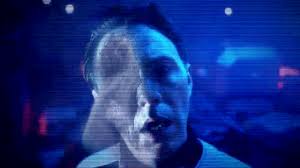 Sleep No More while not one of the greatest stories in Doctor it also wasn’t one of the worst.  Props should be given to the Doctor Who production staff for trying to do something different and give us something outside of the box and not the usual style of storytelling.  While I’m not a fan of found footage I thought it worked really well in Sleep No More and hopefully when they try something different again that the story is a strong one.  Sleep No More was entertaining and different and not as bad as I had thought it would be.       Grade C+