Doctor Who - Synopsis For The Black Hole 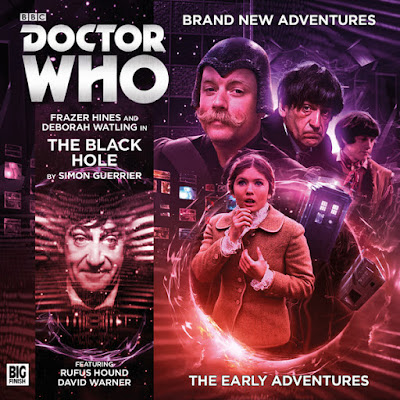 This month's Early Adventures sees The Second Doctor, Jamie and Victoria on a research station near a black hole. You can order this release, which also stars Rufus Hound who was in The Woman Who Lived, from the Big Finish website.
http://www.bigfinish.com/releases/v/the-black-hole-1078

On a research station near a black hole, time keeps standing still. Investigating the phenomenon, the Doctor, Jamie and Victoria discover a power far greater than any of the monsters that have challenged them on their travels... The Doctor's own people.

With the safety of thousands balancing out the need to flee, and a policeman from his home planet working at his side, the Doctor reluctantly finds himself involved in a race against time.

But nothing is ever as simple as it appears. And if you can use the Doctor's compassion against him, you have the makings of a perfect trap…