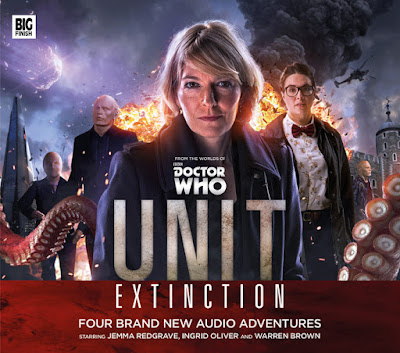 Out this month, and timed really well with the recent UNIT story on TV, is UNIT Extinction.  We see Kate Stewart and Osgood once more defending the Earth against an alien attack.  This time it is the Autons who want to have a go at UNIT. You can buy this box set at the Big Finish website.
http://www.bigfinish.com/releases/v/unit---extinction-1208

In this four-story box set, Kate Stewart, Osgood and the UNIT team confront an alien invasion by the Nestene Consciousness and its army of plastic Autons...