Doctor Who - Synopsis For The Other Woman 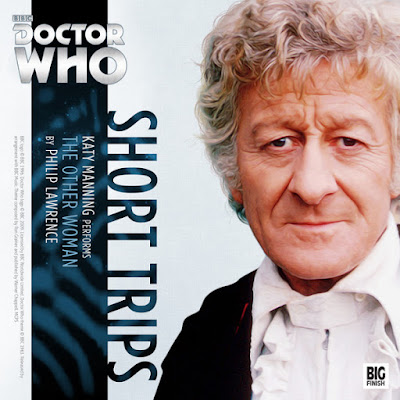 Out now for download only is a Third Doctor story narrated by Katy Manning.  This story featuring Jo Grant and UNIT sees the Doctor being charmed by a dimension jumping woman who might not be what she appears.  You can order this release from the Big Finish website.
http://www.bigfinish.com/releases/v/the-other-woman-1104

UNIT is called in when an alien escape pod brings a woman to the Kent countryside. The Doctor offers to repair her stricken, dimension-hopping ship, seeing an opportunity to escape his exile. But while Callandra charms the Doctor and the other men of UNIT, Jo is less trusting. Are her suspicions well-founded or is there another green-eyed monster at work?

Cast
Katy Manning (Narrator)
Posted by DR5WHO at 8:46 AM