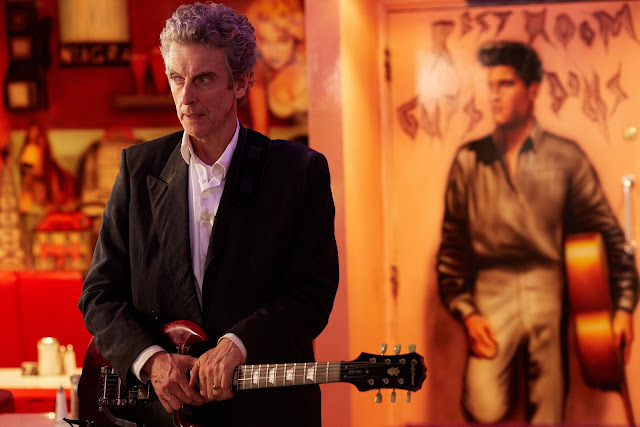 The BBC have released the synopsis for the Series 9 finale Hell Bent which will air on BBC One and BBC America Saturday December 5th.

If you took everything from him, betrayed him, trapped him, and broke both his hearts...how far might the Doctor go?

Returning to Gallifrey, the Doctor faces the Time Lords in a struggle that will take him to the end of time itself. Who is the Hybrid? And what is the Doctor’s confession?
Posted by DR5WHO at 8:22 AM