The BBC have released a promo pic and a synopsis for this years Christmas Special which airs surprisingly enough on Christmas Day but of course no air time given by the BBC. 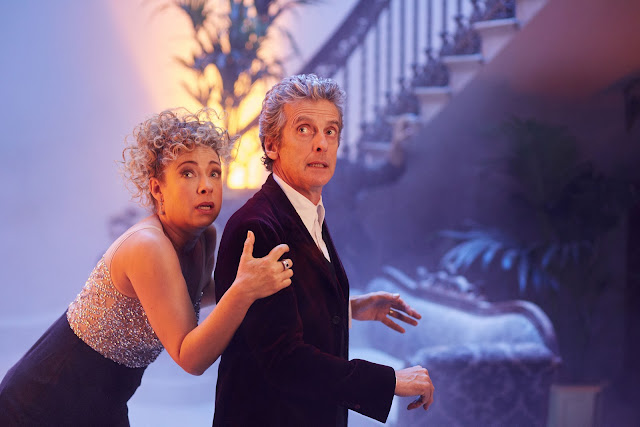 It’s Christmas Day on a remote human colony and the Doctor is hiding from Christmas Carols and Comedy Antlers. But when a crashed spaceship calls upon the Doctor for help, he finds himself recruited into River Song’s squad and hurled into a fast and frantic chase across the galaxy.

King Hydroflax (Greg Davies) is furious, and his giant Robot bodyguard is out-of-control and coming for them all! Will Nardole (Matt Lucas) survive? And when will River Song work out who the Doctor is?