Doctor Who – The Zygon Invasion Review (Some Spoilers) 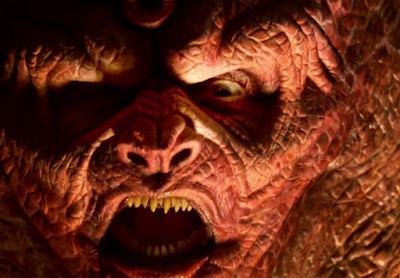 The Zygons are back and right away all bets are off on who is who. Osgood is there but which Osgood, the human or the Zygon duplicate? What are the Zygons up to and is it already too late to do anything about it?

I was not looking forward to this episode because I have not been a fan of the UNIT stories stemming back into last season. I also can't see the whole 20 million Zygons being allowed to live on the Earth as being a viable option but alas, it is fact so let's move on. 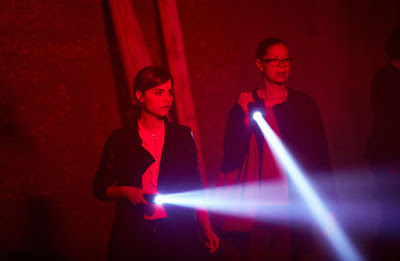 The whole gimmick of the Zygons is that they can look like any other person and so the entire episode creates a paranoid feel as we see an almost Bodysnatchers like atmosphere being created. This works well and gives us a few surprises. The entire plot seems fairly solid although the UNIT soldiers are even dumber than ever. This episode has been promoted as having some political themes to it and it does touch upon a few including immigrants and their inclusion into society as well as the possibility of your neighbor being a terrorist. These paranoid ideas are used in this episode and really sets up an unsettling feeling – giving the viewers a heightened level of fear toward the Zygons – more so than the usual scary monsters of the series. 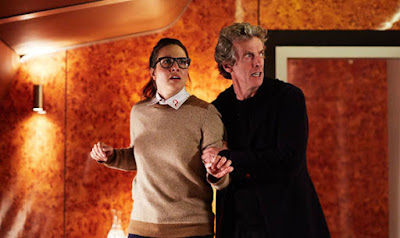 The cliffhanger(s) are exceptionally good this time out but the series often does well with those. It is the resolution of the cliffhangers that are usually way out there. Capaldi is as good as ever and the supporting cast perform well. Clara is subtle and not very present in the story but her final moments in the episode are impressive, adding to a great cliffhanger.

This story has that classic feel that was present in the last story.  This is always a good thing as it represents an episode that is well paced, has a focus of a story and is not all over the place with yelling and stupid comedy.  The stupid comedy is practically non-existent in this one and that is very much welcome.  For some of the more 'energetic' fans who are used to epileptically fast paced action and dialog they may find this to be a bit slower paced but this certainly allows for the story to breath a little and to give some actual character and motives that make sense and not just placed randomly for cheap laughs and shocks.
Posted by SHADOKP at 12:31 PM