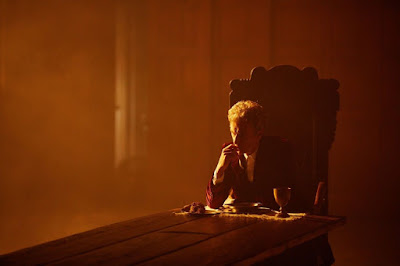 Everything leading up to this episode hinted at a very bad story. We are at a season conclusion, something Moffat has failed at more than he has succeeded. Even the title, “Heaven Sent” reminds me of last season's finale and that was garbage. And of course Moffat is writing and has not done much really good writing since taking over as show-runner. Until now. 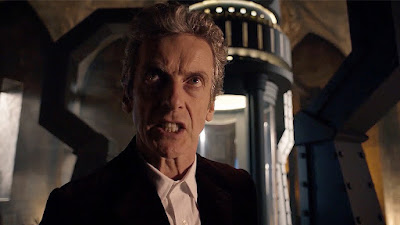 “Heaven Sent” is an episode that has so many different layers despite having a fairly basic plot line. It is basically the Doctor trapped in a castle with no way out, being pursued by a monster. On the surface, that is what we got but there is so much more. First off, the Doctor and the viewers are figuring out a mystery. The mystery of the castle, who put the Doctor here, what the things in the castle are there for and how is the Doctor going to win. In a unique method only hinted upon in past episodes, we get inside the Doctor's mind as he figures things out. We see how the Doctor is able to quickly think his way out of a situation with some clever scenes where time sort of stops for him as he comes up with a solution. Since the Doctor is by himself, this getting inside of his head is much easier to handle. He is still bouncing ideas of his companion even though Clara is no longer with him. This gives us a huge insight of how the Doctor thinks. Some may think that magic of Doctor Who is lessened because of this revelation but all it really is doing is showing us something that we know the
Doctor does anyhow. 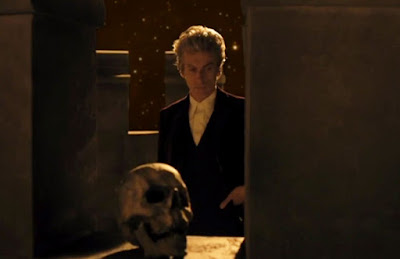 The Doctor must figure out why the castle is moving, why it resets, why there are thousands of skulls all over the premises and what is the creature going after him. The castle is set up with 'levels' he must accomplish by confessing a truth but in the end he decides not to give out all the truths so he is unable to get through the final barrier, the diamond wall. Instead he picks up on messages left in the castle to break through the diamond wall. Just hitting it will just create a dent but hitting it over and over again will eventually work, it may take billions of years. The Doctor figures it out that he was transported here in order to give up the secret of the Hybrid, a rumored Dalek/Time Lord. Instead, he figures out how to manipulate the fact that it is in fact his skull that are littered all over the castle and that the transporter has an exact copy of himself in its memory buffer. He figure out over and over again to use his final life energy to activate the transporter and bring another of himself into the castle to ultimately work his way through the diamond wall. 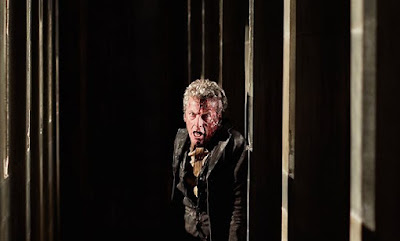 The story is incredible but does have some confusing moments. The whole thing is basically a game that someone (The Time Lords) have set up to get the confession of the Hybrid but the Doctor manages to figure out a way out. And while it took him a billion of years, the Doctor has only aged a few hours because each time the Doctor activates the transporter, his self from only a few minutes since the events of “Face of the Raven” have happened. Another confusing aspect is that many people think it was a timeloop but it wasn't. The castle reset similarly to a video game that you die in and must start over again. In a way, this is similar to that concept like “Groundhog Day” or “Edge of Tomorrow” except that the new Doctor is not compiling memories or experiences – it is a brand new Doctor each time. For the first time in many years Moffat has created a very cool idea that makes total sense and is not flawed with too many characters or stretched concepts. 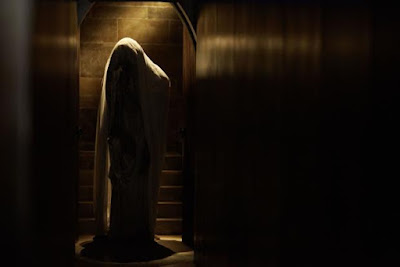 Except, the Doctor did say he remembers it all. If that is true then the plot is weakened by this not needed statement. The statement makes the Doctor more like a hero because he suffered so much for billions of years. Moffat likes doing this and it is a shame – the story is near perfect without that dumb statement and is less of a story because of it. I chose to ignore it to a degree and see if it is addressed later on.

So where did his clothes come from? Once the Doctor figured out how to reset himself with the transporter he decided to leave a set of clothes behind for convenience of his other selves to get out of the wet clothes. Why did the diamond wall not reset like the rest of the castle? It was outside the castle. Did the Time Lords want him to break through that wall? Probably not, they were hoping he would confess his secrets before that time. Where are the Time Lords and what was this billion year old plan all about – I guess next week will answer this. I would expect Moffat to mess it all up next week but hopefully the explanations won't taint this episode. 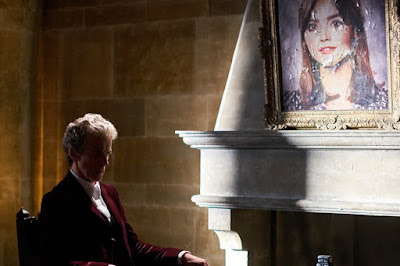 Peter Capaldi was on show in this episode. It was all about his acting ability and makes up for so many episodes, especially from his first season where he was not heavily featured. This reminded me of the excellent Tom Baker episode in “The Deadly Assassin” where the Doctor fought through the nightmarish scenes in the Matrix. With good acting, excellent writing the rest of the production team followed suite with some of the best music in the series, some great sets and cinematography.

The episode is not perfect – it does have a few outstanding questions and the confusion of the whole story may be too out there for most people to accept. You have to buy in to quite a bit but if you do, it is incredible. 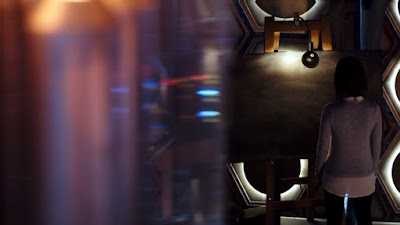 I have also heard that this story was boring. The slow build up – learning about the castle and becoming part of the adventure with the Doctor was done perfectly and it needed to be shown to us with this pace. The mood of this story was perfect and the lead to the reveal and the rapid showing of how many times the Doctor had to go through this was paced perfectly. Anything different would have been a mistake. In this day of rapid story editing and telling, it is always good to slow it down just enough to create a powerful story, not a quick story.


I am not sure this is my favorite new series episode but it is certainly my favorite Capaldi but quite a bit. If only more Doctor Who could be like this but alas fans we get their wish with a rapid fire mess of confusion over the next two episodes. Until then, savor this masterpiece.
Posted by SHADOKP at 3:31 PM