Star Wars is getting a bunch of press lately.  I wonder why?  So we have a new trailer and movie posters. 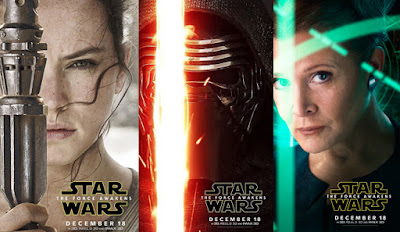 And then there is the story of the terminally ill person who was shown Star Wars: The Force Awakens in a special showing. Stories like this make my heart soar but also bring reality into the mix. 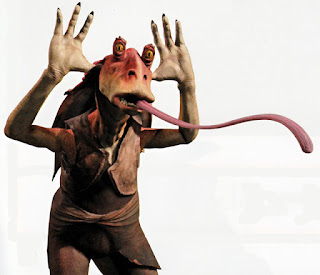 There have been a couple of ridiculous rumors around Star Wars of late. The first was that Luke Skywalker is actually the character Kylo Ren. Nice, except we saw what Kylo Ren looks like under the mask so...no.

Okay, what about Luke actually turned to the Dark Side in the original trilogy? Sure, that would fit into the 5 minutes of what we have seen with  Star Wars: The Force Awakens and if you squint really hard you might be able to see how that theory does fit in slightly to The Return of the Jedi. Neat idea? Ah, probably not. This sort of ruins the whole thing for the original trilogy and I think Disney will get too much criticism. The final rumor is more tongue in cheek but many people are taking it more serious than I think the original author intended. The idea that Jar Jar Binks is in reality a Jedi from the Dark side who is just pretending to be a clumsy joke of a character is another attempt to try to make the prequel trilogy better than it is. The idea is amusing and has a couple of good points but ultimately, Nah! 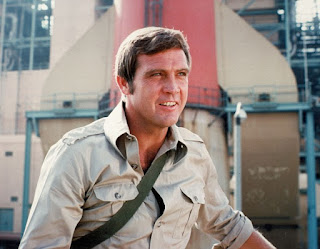 We live in a world of remakes – Several remake projects have been announced and they could be interesting.  The Six Billion Dollar Man is finally back on the production track with Mark Wahlberg playing the title character.  I have been nervously looking forward to this remake for what seems like years.  Wasn’t Jim Carrey attached to the project at one point?  Hopefully the movie is not a send up and more serious.  The movie is planned for a December 22, 2017.  While there is no Star Wars movie coming out at that time, there is an Avatar sequel, a new Disney animated film and Steven Spielberg’s Ready Player One on the cards for that month. 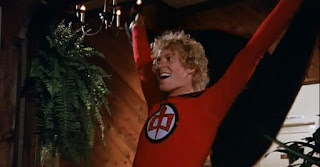 A new TV series called The Greatest American Hero is being worked on for Fox.  You may believe it or not, but this is yet another remake of a TV shows from the 80’s being worked on.  The premise is about a man who is tasked to wear a special costume that gives him super powers.  He must become a hero even though he doesn’t know how to.  The comedy idea was superb due to chemistry between actors William Katt and Robert Culp.  With the rise of Superhero popularity, will this remake fly well or just crash? 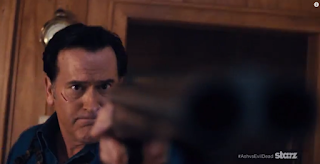 Speaking of sequels, continuations, remakes and reboots, Ash vs. Evil Dead was all that I hoped. It is definitely along par with the Evil Dead movie franchise and it is the most fun series on TV right now. It is on Starz but it is so worth it. It has already been renewed for a second season. 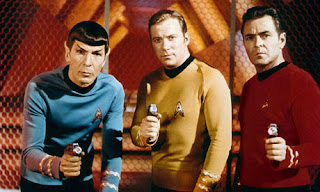 Star Trek TV series – CBS is working on a new Star Trek TV series to debut January 2017.  Alex Kurtzman (Writer of the latest Star Trek movie franchise) will executive produce.  The series will not be related to the movie franchise but it is uncertain if it will or will not take place in the same Universe or if they are going to attach the story to the original Universe.  No other details are available except for this – The first episode will air on CBS nationally and then move to CBS All Access, their online streaming service.  This means that it won’t be on TV, at least not in the States.  It will be available online streaming.  I think this will anger many people but we are in 2015 and so I think most will survive.

This reminds me of a prediction/theory that I had years ago about a particular friend who had yet to embrace the technology of computers.  He had made a stance that he would not use computers unless he had to for work and even then I think he put his foot down.  I then suggested the idea that if Star Trek were to go to an online only format that he would break down and enter the world of computers because it is Star Trek.

Anyhow, I think there are limitations for any online streaming and not everyone has embraced this technology.  If the series is good (AKA Daredevil for Netflix) I think people will do what they can to watch it and beyond that, they will wait for the hard copy media release. 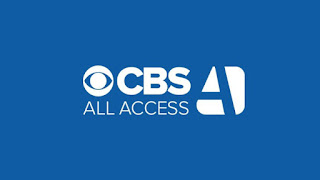 I think things are going in the direction of streaming and certainly CBS is trying to compete directly with Netflix with this move. Seeing more of this with new series as well as shows that are canceled (Person of Interest?) from network television is the wave of the future but could also weaken the power of network television even more.


I am not overly excited by the news for a Star Trek series but will keep a close eye on it.  The latest movie, Into Darkness wasn’t that good and I need to see a good product before I trust the franchise again. 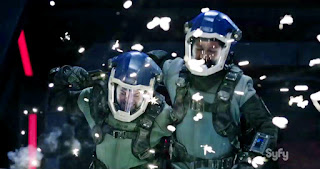 The Expanse is coming – not soon enough for me. The SyFy 10 episode series starts on December 14 and 15th but the first episode will be available on demand on November 23. The pilot is receiving good reviews from many people who saw it at special showings over the last couple of months. This is high on my list! 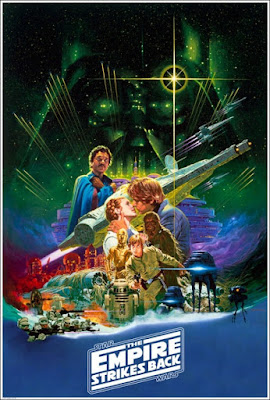 Japanese Illustrator Noriyoshi Ohrai passed away at the age of 72. I have to admit I had not heard of him until his obituary but am familiar with his poster artwork. His work is amazing. Working on Godzilla films, you can see his incredible style but Ohrai is responsible for my favorite Star Wars poster. 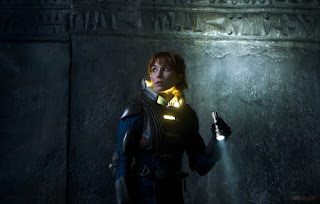 Ridley Scott is making great sci-fi movies again. Well, at least with The Martian. His Prometheus is a movie I so badly wanted to be superb but it wasn't. Well, a sequel is in the works and this time, Scott is not going to pretend it is not related to the Alien franchise. As a matter of fact, the title of it is Alien: Paradise Lost. Not much info on the film except its creation has now put a hold on Neil Blomkamp's Alien 5 movie. I am okay with this for now. I want to give Ridley another chance (okay, he can have 10 more chances) to come up with a worthy Alien related movie and while I am interested in Blomkamp's plan to ignore anything after Aliens, I will wait. 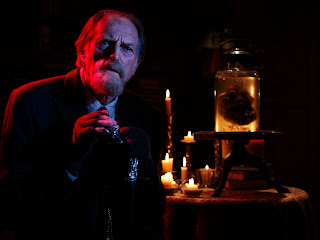 A few other television notes. I am closing in on catching up with The Strain series and find that to be entirely enjoyable. The Walking Dead this season has been incredible on all levels and he is not dead. A recent episode of Supernatural (Baby) was probably the best one in a few years. The story harkens back to the days of the Winchesters were just out hunting and not dealing with Angels and all these big bads.