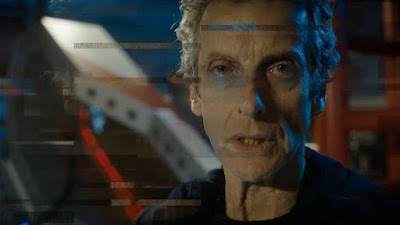 Oh, boy, where to begin.  First off, I like when series try to do something different and usually found footage formats are entertaining.  In this case the gimmick is wrapped up within the found footage.  There is a reason for why we are seeing what we are seeing.  The found footage concept is part of the plot and this is highly imaginative if not kind of "HUH? 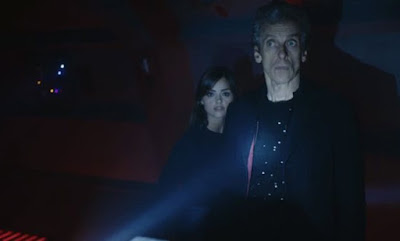 For this found footage, there are way too many 'cameras'.  There were helmet cams and wall cams and so on which really takes the whole point of view gimmick out of the equation.  If you didn't know this was found footage you may not have picked up on this fact.  Too many angles.  One of the appeals to found footage stories is that it is from one or limited perspectives and not many.  The gimmick that this found footage is actually part of the bad guy plan is interesting.  We the viewer were unwittingly being infected by watching this footage.  The video glitches, seen in many of these types of formats, is there to remind the viewers that they are watching a found footage video but in this case, the glitches were part of the infection to turn people into sand monsters.  Again, interesting but that leads to the questions - does this mean the Doctor lost?  How many were transformed?  What about Clara? 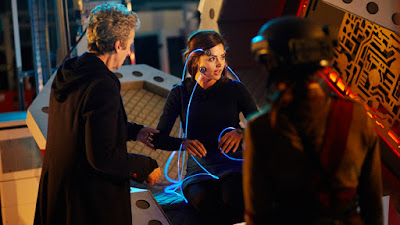 Pushing that part of the story aside, the rest of the plot is relatively normal with a group of people being stalked by a monster.  Elements of of the movie Alien (complete with similar sound effects) are present. The actual monster design, sound and cinematography were excellent in this episode.  I think the monster was one of the scariest ever in Doctor Who.  Once you look at some of the plot the monster becomes a bit silly.  Yet again we have the stretched concept that something normal in our world has an alien connection.  Now all the kids running around the play yard the next day can rub their eyes and know that they were infected by a monster.  Sure, plastic daffodils, Christmas trees, televisions, cars and other everyday devices have been used to attack Earth but eye junk?  Really? 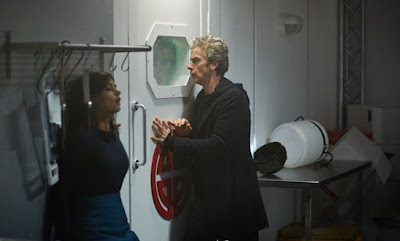 My viewing of this episode was less than ideal.  My first viewing was with a TV with poor sound quality and I had trouble following it.  I had also had 4 hours a sleep each in the past two nights so I was out of it.  The second time I watched it I fell asleep numerous times and gave up, so "Sleep No More"?  Not really.

I think there is a lot to not like in this story.  Fans don't usually like anything that is too different and while normally I would be basking in the found footage glow of this episode, I felt it was poorly realized.  Thumbs up for incorporating the actual episode format into the story line.  This might be trying to put a good idea that is not Doctor Who into Doctor Who. I would have to imagine that a theatrical movie with this idea might have been better.

For you Clara haters, especially the ones who hated her before she was worthy of being hated, got a nice little shot where Clara states that her looks (face) aren't everything and that she is smart as well.  This was cringe worthy for me, a supporter of Clara and my support for her has dwindled even more.  So for those who always hated Clara, your justification, while totally wrong in her first season or so, have begun to catch up with reality so congratulations. 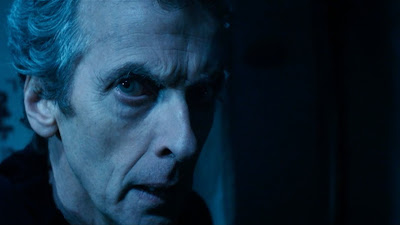 The Doctor seemed confused on what was going on and that is because he was not aware of any of the 'viral video' part of this story.  That is another 'normal everyday thing' being used in an alien way.  Just like the internet in "The Bells of St. John" we have present day product that is not only being used in the far future but doesn't fit in that well with the story - or at least it is a massive stretch.

So I wanted to like this and there are some good things in it but the concept is too out there and not handled well enough to work.
Posted by SHADOKP at 9:26 AM