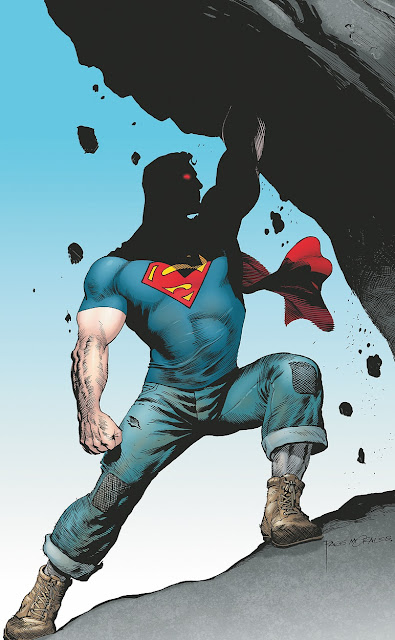 Big changes are coming for the Man of Steel.

As everyone knows by now, DC is relaunching its entire universe with new titles on Sept. 1. That includes The Big Man himself, in Action Comics #1 and Superman #1. Some of the changes, according to Newsarama.com:

Additionally, Superman's alien origins will be emphasized in a big way, with the character described as "more Kal-El from the planet Krypton than Clark Kent from Kansas." Superman's deep connection to his Kryptonian heritage also explains his new costume, as seen on the cover of Superman #1. It's "ceremonial armor" from his home planet, with the traditional red trunks abandoned.

Thanks to The Knights87 for the tip.
Posted by Harvey The Pooka at 11:48 AM