Torchwood: Miracle Day
Episode 3 - Dead of Night
Well Dead of Night was to say a very interesting episode.  Not necessarily for the gay sex and straight sex scenes either even though those were kind of I don't know awkward or intriguing depending on
how you look at things.  I for one was not bothered by either but I am wondering if they were needed 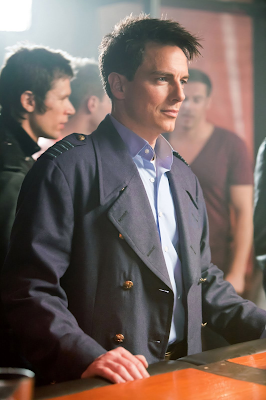 at all.  It just seemed to me that the two sex scenes were just added to show the world that were on a pay cable channel and we can do adult things now.  OK I get it Torchwood is for grown ups.  But I do give Starz and the Torchwood production crew credit for putting a gay sex scene in the episode as it shows it's not afraid to take risks. 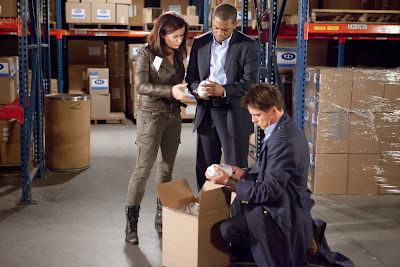 Any way things got a little bit more interesting as we kind of get an idea why the miracle happened.  It appears to be centralising around a pharmaceutical company called PhiCorp.  They have even recruited that scum bag Oswald Danes to be their spokesperson to try to get legislation to get prescription drugs to be available over the counter more or less.  You also get to know the real Oswald Danes as Captain Jack confronts him and gets the truth and then we get a hint of what is to happen as the show ends with Oswald Danes asking people to walk with him.  I smell a cult coming.
I have been very impressed with Torchwood so far this year.  If you had asked me back when Torchwood had premiered back in 2006 I would think you were crazy.  Torchwood has matured into a smart and well written show and so far this series seems to be the best written so far.  In Miracle Day the writers are really taking the time to develop the characters and give you a real good sense of who they are and what motivates them to do what they do.  It is a far cry from that first season and and hopefully the season continues to be this good. 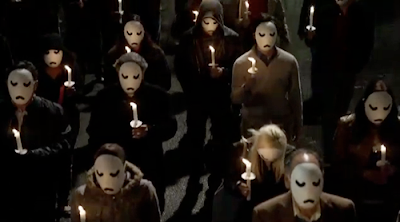 Dead of Night has opened another can of worms with the mysterious cult of The Soulless.  It will be interesting to see what type of role they will play further along the season.  Dead of Knight wasn't as tense as the previous two episodes but it did have some suspenseful moments.  Like when Rex answered the cell phone to see who has been trying to frame him and Esther.  In all a pretty good episode that has some good moments and things start to get interesting as some new developments arise.
Grade B+
Posted by DR5WHO at 8:45 PM