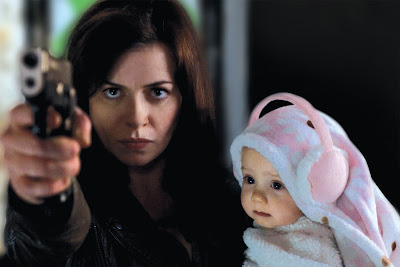 Torchwood: Miracle Day
﻿Episode 1 The New World
Imagine a day where no ones dies and everyone lives.  That is the theme for the new 10 episode season of Torchwood: Miracle Day.  After reading about that premise I was a bit interested and was
mildly curious to see how this would work out.  Well after watching the first episode my interest was 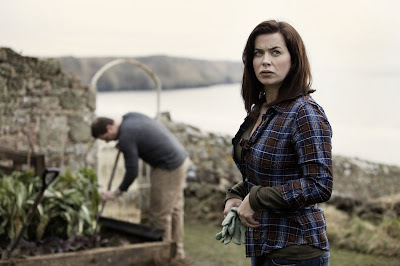 more than curiosity and more towards I need to see how this is going to turn out.   The New World is the table setter.  It more or less tells a story about how all this stuff that is happening and introduces you to the new main character's of this season.  But more importantly it gets the band back together or whats left of Torchwood after Children of Earth.  From here we find out that people can not die but unfortunately Captain Jack can.  We also get to see what Gwen and Rhys are up to and it is not much as they are caring for their daughter Arwen in a cottage somewhere in Wales.  this is actually quite humorous as it appears that they are truly paranoid and are ready to shoot anything that turns up on their doorstep. 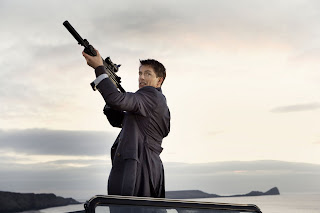 More or less Torchwood is now defunct and is just a passing curiosity of the CIA most notably by agents Rex and Esther who seem to think that Torchwood and the recent miracle of no deaths is somewhat linked.  Considering that Rex should be dead from a car crash he then goes and flies off to England to find Gwen to get some answers.  That is where most of the action takes place as Gwen is reunited with Jack and a nice car being chased by a helicopter ensues.

The main thing to watch for during this season will be Bill Pulmans character.  He plays a nasty character Oswald Danes.  Oswald is scum as he was supposed to be executed for being a serial rapist and pedophile.  Oswald is going to be herald as the protagonist and since he survived his execution by not dieing his character might cause problems for the good guys but we'll have to wait and see on that one. 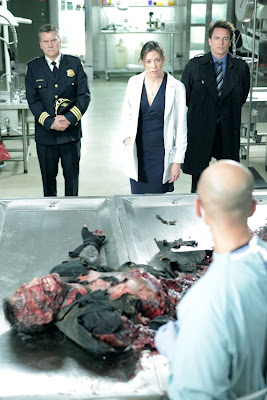 Overall I enjoyed The New World as it set up everything pretty well and there wasn't any strange stuff in it that wouldn't be to my liking.  I liked the fact that it had a nice blend of comedy mixed in with the seriousness of the story.  That was pretty good as it cut down on the tension and made for enjoyable viewing.  There were some good moments like the scene where Capatin Jack suggests to cut the head off a burnt body at an exam table.  It was freaky to see that it didn't die and you could tell it bothered Captain Jack also.    So far I like the direction the show seems to be leading in as I like stories that link through a season.  For me it makes for good drama as this show is intended for a more grown up audience.  Plus it makes you grey matter work trying to guess what my happen next.  Even though episode one is kind of predictable with certain in moments it doesn't detract from the overall story.  Hopefully the rest of the season is as enjoyable as this story and that the overall conclusion doesn't disappoint.  It is after all a Russell T. Davies production and well you know.
3.5 stars out of 5