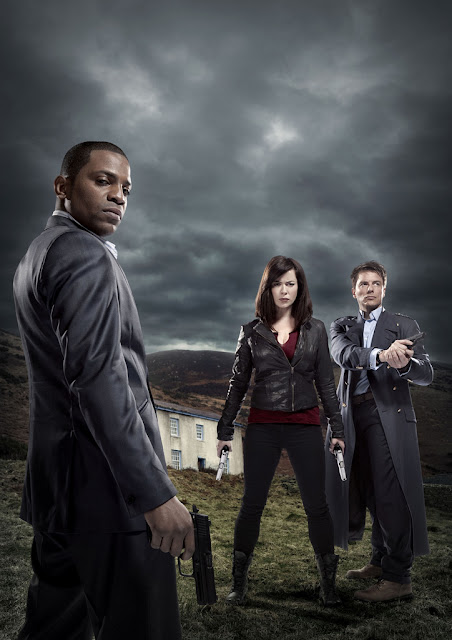 The second episode has aired and this review is late but not for those in the UK as I was on Holiday basking in the sun of Florida.  Well Disney World to be exact and now that I have finally watched 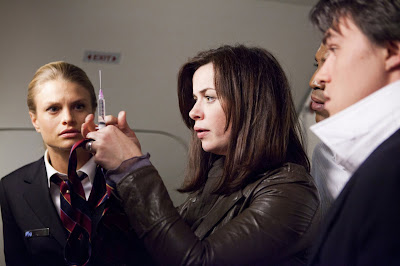 Rendition I'll have to say that it was just as good as the first episode with a couple of mysteries thrown in.  Like who is framing Rex and Esther and what is Oswald Danes true agenda.  So far I have enjoyed the writing of the first two episodes.  It is very smart and entertaining and doesn't bog down at all as the story so far has been pretty fast paced and intense.  I liked how the whole scenario on the airplane worked out.  How Gwen had to find stuff on the plane to make an anti toxin to save Captain Jack from being poisoned.  Since he can now die it was interesting to see how they would treat his new found mortality.  Even though it was way over the top on how they saved Jack but I did find it extremely clever. I also liked the Esther storyline.  When all the press reports came out I was wondering what the new characters would be like and everyone had an interesting synopsis except for Esther who was just billed as a CIA agent.  I thought her character would be boring and not contribute much.  I was wrong as she so far has had some of the best stuff to do in the first two episodes.  It was interesting to see how she would get out of the CIA building.  The best performance so far has to go to Bill Pullman.  How he portrays Oswald Danes as a conniving, weaselly jerk is just spot on.  You can almost feel sorry for the pedophile but not really.  I'm just curious how this character is going to flesh out and what his involvement in the overall story will be. 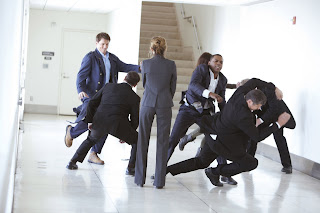 I enjoyed Rendition pretty much as it was more a less an expansion of The New World and continued to set the table for the rest of the story.  It was a good episode to get the new Torchwood team together and what circumstances that lead to it.  Rendition also expanded on the character of Dr. Juarez and what she could actually mean to the overall story.  We also get our first glimpse of Jilly Kitzinger who is in media relations.  Or as she appears to be a devil in disguise tempting people with her business card.  Rendition does a good job of setting the pieces together and raising some good questions that will be interesting to see how they unfold later on in the series.
4 stars out of 5
Posted by DR5WHO at 2:06 PM