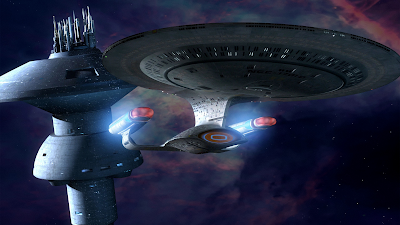 It has been reported that CBS is working on HD prints of Star Trek: The Next Generation.
http://www.tvshowsondvd.com/news/Star-Trek-Generation-Blu-ray-Disc-Plans/15735
So what? There have been so many other older TV shows released in HD of late, why is this such a big deal? Well, this, to my knowledge, is the first time a TV show is being re-edited and re-mastered in HD for a release. Many shows have been cleaned up and their film prints transferred to HD but in this case, more work has to be done. 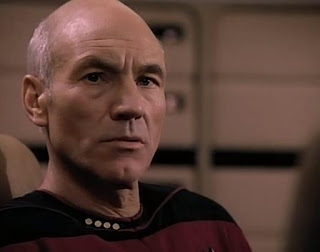 The highest definition these final versions can be viewed in is standard definition (480 lines). End of story there. You cannot release these masters in HD (1080 lines), there would be little benefit over the DVD releases. So what is the answer? Well, since all film prints from the episodes still exist, all of these shots can have HD transfers made. In the case of Next Generation, most of the effects were also shot on film which means that they wouldn’t have to create new CG effects.
CBS is re-editing all film shots again (something that may be easy if all film was properly logged) and rendering them in HD video. This means that when the HD copies finally do come out, they will look spectacular. Much better than the washed out versions we have seen on TV and DVD over the past 20 years. They will look better than the original broadcast!! In addition, most of the effects will be exactly the same as the original broadcast and releases. There would be no need to make new effects.
Now with the classic Star Trek series they did create a new version with new CG effects. With Next Generation it would be more expensive to re-do ship effects in CG compared to just using existing filmed miniature shots. Still, there may be some new effects like phasers and other effects that may have been created strictly in SD format. For example, the transporter effect was done on film and so in theory, that would remain the same. 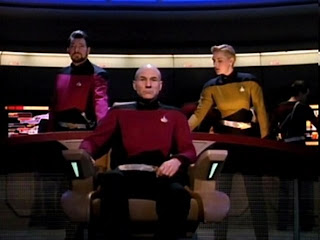 That is not to say they won’t change or beef up these effects at all. There may be a need to spice up the effects as a selling point. Some of the less impressive effects could be updated.
So when all said and done, the HD transfers would then be available for HD broadcast, streaming, on demand, Blu ray release and so on. I would expect a very expensive release of each season (The Next Generation dvds were originally very expensive so don’t expect that to change).
This is good news for all the Star Trek series as all of them would benefit from this process. Many other shows like The X-Files, Buffy the Vampire Slayer could also have this done as long as the film elements still exist. In the case of Babylon 5, one only has to look at the current DVD releases and see the huge difference in quality between the non effect shots and the CG spaceship shots. But unfortunately for Babylon 5, all the effects shots were done on standard video (never on film) and so the effects would always look worse than the live action, non effect shots. In the case of Babylon 5, new effects would have to be made.
So tracking how expensive and how well these releases are may help shape what fandom will see in the near future. Virtually every show done on film could have HD transfers made. Shows with effects edited on film are all set and so that is why Classic Star Trek and Space: 1999 are already out on Blu-ray because there was less work needed.. This process of upgrading to HD would just leave out shows shot on video like classic Doctor Who, which was only created in standard definition.
Posted by SHADOKP at 8:54 PM