The Return of David Tennant as Dr. Who? 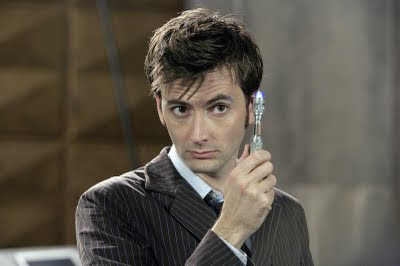 OK, that's a blatantly misleading headline. But it is fascinating that the former Time Lord is talking about his willingness to don his trench coat again at some time in the future. As he told Total Film:


‘It's not impossible forever, but no plans at the moment.

'People keep telling me that they’ve read online that I’m coming back – but believe me, if that happens I’ll be the first to tell everyone, I’ll be shouting about it very loudly.’

The current doctor, Matt Smith, shows no signs of giving up residence in the Tardis, however. He's already filmed a second season since taking over for Tennant in 2010. Tennant played the iconic role for three seasons. And while he acknowledged the dangers of being typecast, he does not ignore the fame that came with portraying the beloved character.

'I’m very proud of the show and I’m fully aware it casts a long shadow professionally, but I’m quite happy about that,' he stated.

In the meantime, you can see Tennant in the upcoming remake of "Fright Night." It hits theaters in September.
Posted by Harvey The Pooka at 12:44 AM