'Torchwood' scene too hot for BBC, but not Starz 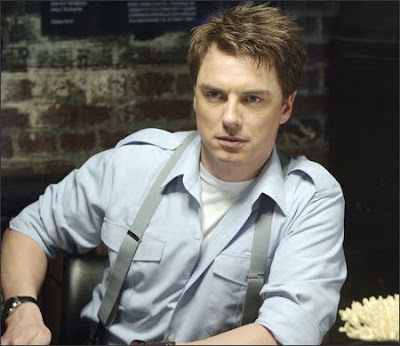 First, British fans of "Torchwood" were outraged that "Miracle Day" would be seen first on United States television. Now they're learning that the version shown in Britain has been altered to remove a graphic sex scene.

The Sun newspaper reported an upcoming episode airing on Starz will feature Capt. Jack Harkness having gay sex with a bartender. The scene will not be shown on BBC, however.


"It wasn't that it was a gay scene that worried people, but just the fact that it was such an explicit sex scene full stop," the newspaper reported. "You can get away with scenes like that on American cable channels, but you can't on prime time BBC One."

Removing the sex scene is not the only change between the episodes being shown on different sides of the Atlantic, the Sun reported in its story, headlined "Barrowman bonk with a barman is banned by Beeb."

"The UK and U.S. versions of 'Torchwood' are slightly different," a BBC spokesperson said. "However, these differences do not change the story in any way and the strong story lines are first and foremost to the series."

Posted by Harvey The Pooka at 1:39 AM

Email ThisBlogThis!Share to TwitterShare to FacebookShare to Pinterest
Labels: Torchwood