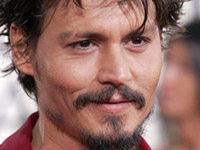 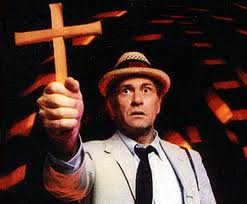 Johnny Depp as Carl Kolchak? It could happen. According to Deadline, among the actor's new projects for Disney is a remake of the cult classic "The Night Stalker."


“Like many… Depp had fond memories of the ABC telepic and series The Night Stalker, and they got Disney’s Rich Ross and Sean Bailey sparked on a pitch for Depp to potentially play tabloid reporter Carl Kolchak.”

The original version of "The Night Stalker" was a 1972 TV movie that starred Darren McGavin as Kolchak. The movie was also spawned the "Kolchak: The Night Stalker" TV series and was cited by creator Chris Carter as the inspiration for "The X Files."
Posted by Harvey The Pooka at 12:21 AM