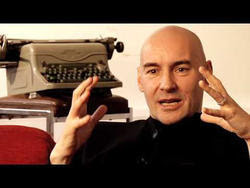 These aren't exactly "Glory Days" for the comic book industry.

Many superhero movies are doing well - "Thor," "X-Men: First Class" and "Captain America," to name just three. And many more are in the works - "The Avengers," Christopher Nolan's third take on Batman, a new Superman, etc.

The written word, though, is in decline. Sales are down. Readership is down. It's no secret.

In a matter of days, DC will relaunch 52 of its titles, giving makeovers big and small to the biggest and smallest characters in its universe. It's big. It's controversial. Is it desperate?

Esteemed writer Grant Morrison addresses these and many other issues in Rolling Stone Magazine.


Some highlights of his interview with Brian Hiatt:


You're about to relaunch Action Comics, one of DC Comics' longest-running titles. Will your revamp of Superman be as major as John Byrne's back in 1986?
Yeah, possibly. Probably as much, although he changed things quite considerably. I'm not using the costumes, just jeans and t-shirt, a Bruce Springsteen Superman. The original champion of the repressed Superman, the socialism and stuff, I wanted a bit of that. 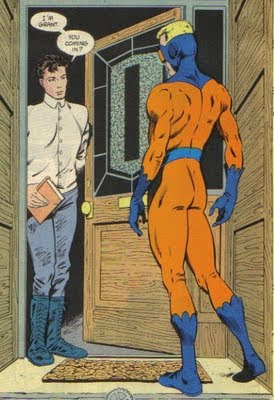 DC is relaunching its entire line – is there some desperation there?
There's always going to be a bit of that because comics sales are so low, people are willing to try anything these days. It's just plummeting. It's really bad from month to month. May was the first time in a long time that no comic sold over 100,000 copies, so there's a decline.

He still lives in Glasgow, is there a chance of bumping into him? (addressing his estrangement with former protege Mark Millar) There's a very good chance of running into him, and I hope I'm going 100 miles an hour when it happens.

For much, much more, click on the link above.