Matt Smith Says He Is Leaving 'Dr. Who' - Sometime in the Next Decade 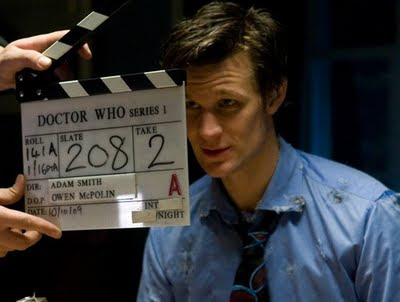 OK, the headline is a little unfair. We wanted to get your attention and couldn't resist the temptation of a little sensationalism. This is showbiz, right?

Vague? Coy? Well, you didn't expect him to live forever, did you?

Speaking of leaving, we have a plane to catch.

Posted by Harvey The Pooka at 9:21 AM