Updated with bad news! Walter Koenig: 'You might see another Babylon 5 in the not-too-distant future' 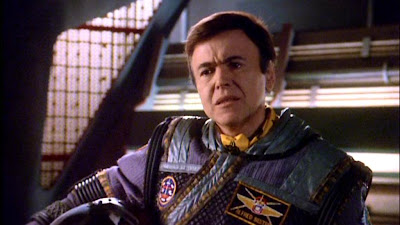 As telepath Alfred Bester on "Babylon 5," Walter Koenig stirred up quite a bit of trouble. Now, he's stirring up rumors.


"He told me that he is in negotiations to reacquire the rights to Babylon 5 and it looks pretty good. Now, what that portends, I am not entirely sure. It could be a new series, or it could be a feature film, but he was quite animated about it. He seemed very excited, and Warner Brothers is dealing with him in good faith. So you might see another Babylon 5 in the not-too-distant future."

Another question would be the casting. It's been 13 years since the TV series. Several cast members have passed away, including Jeff Conaway (Zack Allen), Richard Biggs (Dr. Stephen Franklin) and Andreas Katsulas (G'Kar).

Also, the final episode, "Sleeping in Light," was set 20 years into the future of  the series and ended with the apparent passing of Captain John Sheridan, portrayed by Bruce Boxleitner.

Update: This statement from Straczynski would seem to be the final answer:

“I am not in negotiations with WB to develop more Babylon5.”