Tony Stark takes on Loki - no punches, but a great punchline 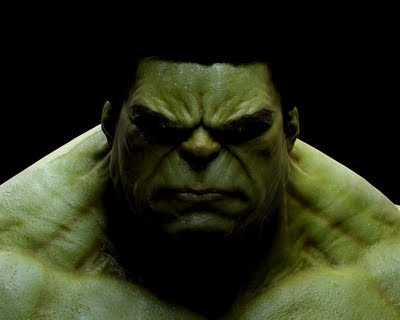 Fans attending the sold-out D23 Expo on Saturday in Anaheim, Calif., were treated to a visit from many of the cast members from "The Avengers," as well as a sneak peek at footage from the film. (Not the grainy clips we've been posting on this site, either, but The Real Thing.)


Loki's being held in an isolated chamber and he slowly looks around to check out its construction. Nick Fury locks him in and says, "In case, it's not clear, you try to escape, you so much as scratch the glass -- 30, 000 feet straight down to a steel trap. Loki replied, "It's an impressive cage but not built for me. Fury says, "You're right; it's built for something a lot stronger (a heavy handed nod to it being the chamber they'll use to contain the Hulk)."
Judging from their conversation, it sounded like Loki was taunting Fury over the fact that he lost the Cosmic Cube. If you saw the post credits scene in Thor, [spoilers], you know Loki knows of its power and what it's capable of.
The whole time Fury and Loki are talking, the entire Avengers team is listening in a conference room. They show Black Widow, Thor, Bruce Banner and Captain America all sitting at a table. Maria Hill is out in another office watching on two flat screen monitors. After Loki's done speaking, Bruce, who's wearing a purple shirt and glasses says, "He really grows on you, doesn't he?"
There's an action montage that features various members of the team fighting -- each other! There's a low angle shot of Iron Man and Thor grabbing fists as if they're trying to overpower each other. Then there's a shot of Captain America crouched down with his shield covering his body, while Thor is coming down on him with his hammer.
Next, Nick Fury is sitting at a table telling everyone about how an I.D. was sent out to bring together a team of remarkable people who could defend the world when they couldn't defend themselves.
The final scene features Tony Stark standing behind a bar (at his house?) talking to someone. He says, "Let's do roll call; we have two trained assassins (shows Black Widow and Hawkeye standing next to each other shooting), a demigod and a living legend. It cuts to Loki standing and looking at him. He replies, "I have an army." Tony says, "We have the Hulk." At that moment, a close up of the Hulk flashes across the screen and he yells to the top of his lungs!

Thanks again to The_Knights87 for the tip.
Posted by Harvey The Pooka at 11:43 PM