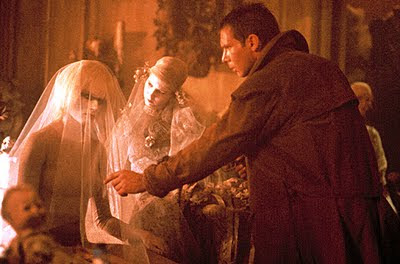 Jen Chaney of The Washington Post, among many others, reports that Scott will direct a continuation of the 1982 original that starred Harrison Ford as a replicant-hunter on a near-future Earth:


It’s not clear at this point whether the new film will be a prequel or a sequel, or how it will expand on the dystopian narrative originally laid out in a novel by Philip K. Dick. But Deadline’s story says it will not be a remake, which should be a relief to those who feel a sense of extreme loyalty to Rick Deckard, the “Blade Runner” protagonist played by Harrison Ford.

Scott currently is working on "Prometheus," a prequel to his classic "Alien" series. Has he run out of new ideas or will he be moving these stories forward? Time, not Internet rumors, will tell.

Thanks for the tip, The_Knights87.

Posted by Harvey The Pooka at 1:51 PM