Goodbye To The Original DC Universe On August 31 DC Comics starts its reboot.  What most fans want to know is the regular continuity going to continue or is DC really starting from scratch.  Well I'm keeping my fingers crossed about keeping the existing continuity even in passing but as I think we all know that they are gonna build from the ground up and with the exception of origins we will be saying goodbye to 70+ plus years of DC Comics regular continuity and for this we bid a sad adieu. 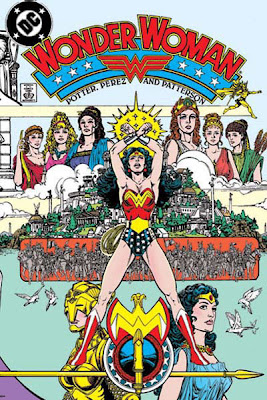 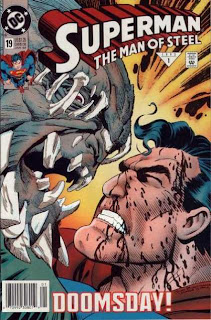 I won't hark on about  all 70+ years but maybe from the last 30 as something like this was done before but not so drastic when Crisis on Infinite Earths came out in 1985.  This was a great story by Marv Wolfman and George Perez that more or less defined what DC continuity is today.  It more or less combined the DC Universe to one Earth and quite a few of the core books started from scratch with retelling of their origins.  Plus it was from this point on that we have had some really good stories that will probably be gone from continuity.  Like some of my favorite stories from for instance in the 80's we have the George Perez run on Wonder Woman.  Here he recreated her legend for a modern time and made Wonder Woman more of major character with new rogues plus some really good art work.  It will be sad to see what has been established for Wonder Woman by the likes of George Perez , Greg Rucka, Phil Jimenez and Gail Simone to be tossed aside and forgotten.  Plus we can again say goodbye to her regular costume again. More of the case is some of the great stories in Batman and Superman.  Will Batman still have a back broken by Bane.  It was the epic story in Knightfall that it had happen in.  Batman has to many great stories to go through but hopefully stuff that has happened to him will still be mentioned.  Like when he was trapped in time by Darkseid, or his love affair with Talia.  Hopefully they keep the Batman canon in tack and hold on to a lot of what has happened in the past.  I think the big thing is going to be with Superman.  Will he still have died at the hands of Doomsday.  Probably not since what we already is a total rewrite.  There have been a lot of good stories that we will be saying goodbye to in Superman that will not be mentioned at all so goodbye to Superman and Lois Lane being married.  Goodbye to his costume as we know it.  Goodbye to all of Superman's continuity because that will be gone. 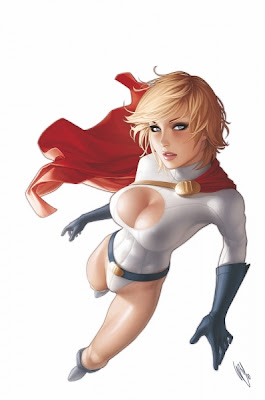 DC had so many great stories and it's history is rich with continuity that will be forever be relegated to the back issue bins and collections that will be released.  I am sure that a lot that you know and love will be gone this month for example the Power Girl, Zatanna and Stephanie Brown Batgirl books.  Books I have enjoyed and will be crossing my fingers to see if they will come back.  You can say goodbye to Harley Quinn looking like a clown and The Martian Manhunter in the Justice League.  There are a lot of great stories like recently The Sinestro Corps War and Blackest Night that might as well have been a memory.Well yes it is a goodbye to the DC Universe as we know it.  Yes I'm a bit sad that a lot of what I'm used to will be gone or regulated to campfire stories.  I will miss the Titans as we know them, Dick Grayson as Batman and of course the love hate relationship between Green Arrow and Black Canary. Hopefully this will continue.  So goodbye old DC Universe and hello to the new DC Universe.  I hope you remember the old stories that created you.
﻿﻿
﻿
﻿
Posted by DR5WHO at 7:44 PM