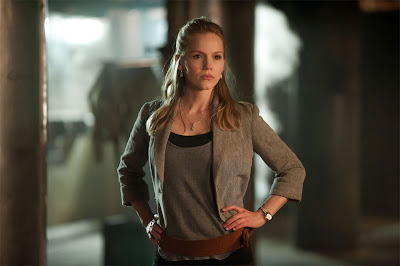 Torchwood: Miracle Day
Episode 6 - The Middle Men
The mystery is deepening as we get another hint of what might be behind the miracle as we find 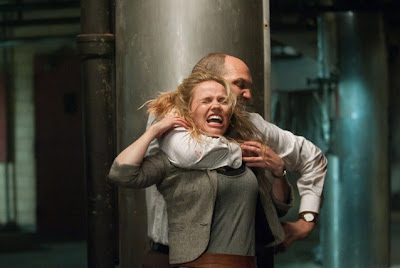 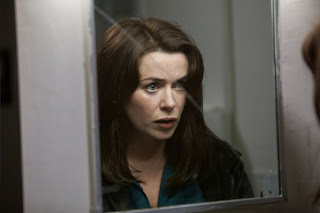 out that it has something to do with Captain Jack and something called the Blessing.  I'm sure we will find out more in the weeks to come but this revelation definitely puts in wrinkle into my guesses as to what is going to happen.  With four more episodes to go I guess we will find out soon enough.  But anyway The Middle Men was another great episode.  For starters we have Captain Jack actually doing something else besides stalking Oswald Danes (who by the way is not in the episode along with Jilly) but actually doing some investigating.  This time he goes after a member of Phicorp (played by Ghostbuster Ernie Hudson) to try and get some information.  Boy does he ever as he looked worried or scared or both when the The Blessing was brought up.  So far Jack hasn't really had much to do so it was good to see him get out and be useful.  John Barrowman had some good moments in this episode plus he delivered some funny lines that was pure Captain Jack.  Most notably with the  restaurant host and his jacket.  Classic Jack Harkness moment.  I just love how John Barrowman can bring a bit of comedy to a very dramatic story.  Or I should say deliver his lines perfectly to bring humor as it is the writer that does the hard part. 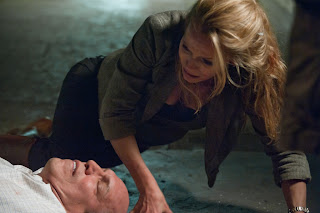 It was good to see Vera's killer get his in this episode and it was from an unlikely source first Esther breaks Maloney's neck and then the army guy Ralph shots him several times.  Again it was good to see Esther get some action in.  But I didn't expect her to break Maloney's neck but she is a CIA agent so shame on me.  I did at one moment she was going to go the way of Vera but two deaths in row would be stretching the envelope on the emotional scale.  The Middle Men if for nothing will be remembered for the final five minutes.  That's where the holy crap moment comes from.  Lots of questions raised here until next weeks episode.  Like how did they access the contact lenses and how is Gwen going to handle the situation with Jack and her family.  This stuff really gets me going and I like shows and movies that make me think.  That's why Torchwood: Miracle Day has been so fantastic is that the writers have been giving us good stories and then dropping stuff on us for the overall storyline.  I think this format works pretty well for Torchwood instead of the monster or freak of the week. 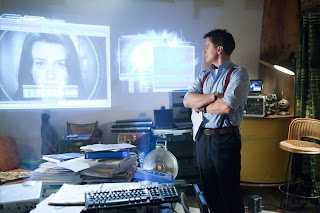 You have to feel for Gwen as she and Rhys have the undaunting task of trying to free her father from the incinerators.  It is during this part of the story where there is some good moments and some of the best dialog of the show.  Really powerful exchanges and makes you think about certain things that people do.  I did like how Gwen dealt with the situation by blowing up all of the incinerators.  The Middle Men is a good episode that has a lot of good moments in it enough to keep people on the edge of their seat.
It seems like everything is getting close to a head and it seems like the show is going  to get darker if that is possible.  What also has been it's strength is that it isn't being bogged down by fluff and special effects.  Just straight down storytelling which has been the strength of Torchwood this series and Children of the Earth.  Plus you can also get a feel for the characters and care what happens to them.  I just hope that the conclusion won't be a disappointment as the season as I've said before has been superb. Grade A
Posted by DR5WHO at 8:45 PM