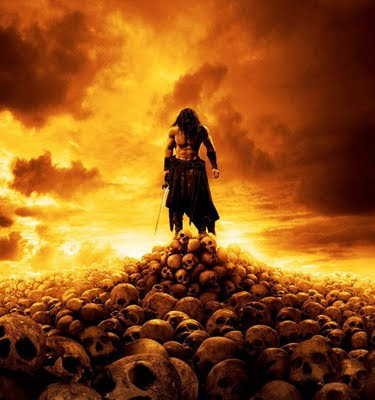 The new "Conan the Barbarian" movie opened to weak reviews from critics and a lukewarm reception at the box office. Now, the lawyers are piling on.

Stan Lee Media Inc., the company founded by Stan “The Man” Lee, is suing the producers of the movie for all of the film's profits and all future rights to the character. The company has been pretty much dormant since filing for bankruptcy in 2001. Like any dead comic book character, though, Stan Lee Media has risen from the ashes. One of the revitalized company's first moves was filing its lawsuit on Friday, the same day the movie opened.

As reported Tuesday by Scott West of sciencefiction.com:


Lawyers for the company claim that all the company’s publishing rights, including those for Conan, which were aquired in 2000, were locked down and unable to be traded or sold until the bankruptcy was settled. The company claims that “the shares of Conan Properties and all other assets of SLMI were part of a bankruptcy estate and protected from unauthorized transfer by the automatic bankruptcy stay.”

Since the new film, which cost a reported $90 million, is off to a slow start, the issue would appear to be less about money and more about future rights to the character.

Email ThisBlogThis!Share to TwitterShare to FacebookShare to Pinterest
Labels: Conan the Barbarian