DC Announces The Return Of The Justice Society 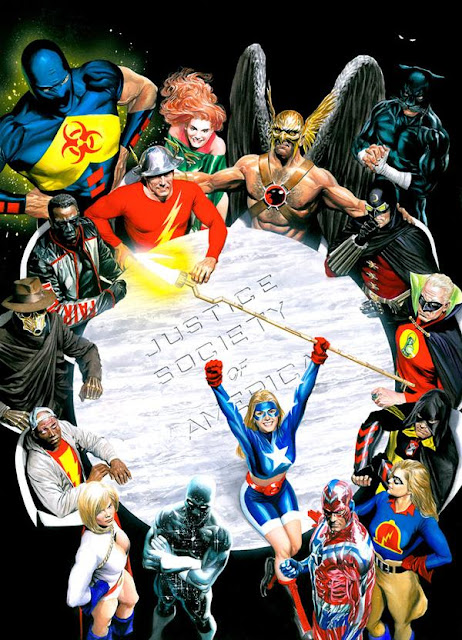 But what version?  It was announced this weekend at Fan Expo Canada that James Robinson will be writing a new Justice Society book and that it will be based on Earth 2.  It was announced during  DC's  New 52 Panel held by Dan DiDio.  He teased the annoucement by stating.


"Should we tease?"  asked O.M.A.C. co-writer and DC co-publisher DiDio. The rest agreed, and James Robinson confirmed that he is working on a new Justice Society project with artist Nicola Scott, and that the parallel world Earth-2 will make a return. The crowd erupted into thunderous applause.

"We don't want them to just be cameos and then forgotten," DiDio said. "We've waited on JSA because we really wanted to get the details right. We were hammering out the characters as late as yesterday." 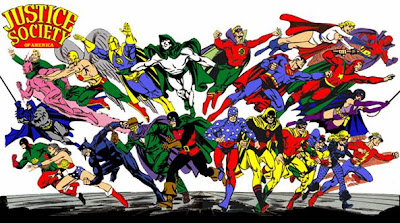 I'm in favor of bring back the classic charecters like in the 80's when they were in the All Star Squadron. But that is just me.  Here's hoping.