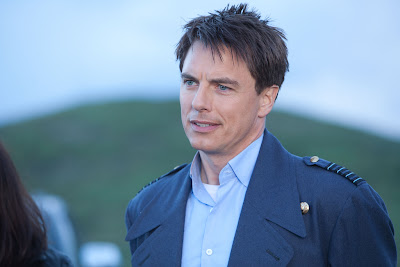 In an interview with Graham Norton on his radio show John Barrowman revealed that he and his sister Carole are writing a Torchwood novel that will be released in September of this year.  It will be titled Exodus Code. So fans of Torchwood you have a book to look forward to written by the Captain himself.  Also be on the look out for the childrens book that the pair have written called Hollow Earth and is available now in the UK.