As you will see on my completed list, I have very few sequels and only two of these sequels without their originals making the cut. This is the first. I love many sequels but will often steer more toward the original because of the ground work it has created. In this case, the original is an outstanding and bleak look at the future but that is but a setting and no more. This sequel amps up the 'future' and puts the sci-fi elements into the plot . 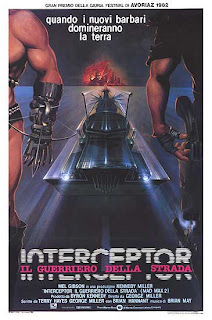 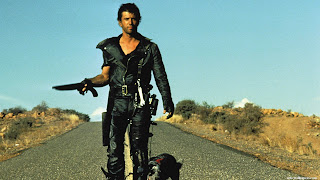 Called Mad Max 2 in many countries, many probably saw this movie before seeing the first, Mad Max. I actually did see Mad Max first and it was a superb movie. It was gritty, powerful and depressing. The Road Warrior tweaks the idea and amps up the action quite a bit. Max's character turns from revenge to more of a hero and this continues into the third film, Mad Max: Beyond Thunderdome. Despite being toned down and rated PG-13, the third film is lots of fun. The progression of this film series is obvious to see as we go further away from the Mad in Mad Max and more into a hero state. The Road Warrior is more like the first movie but I like the less depressing more heroic feel to it. 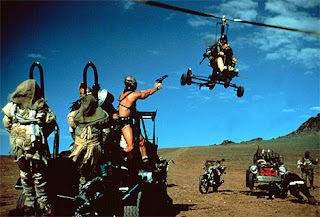 A former police officer is now a lone wanderer, traveling through a devastated Australia after a nuclear war looking for now-priceless petrol. He lives to survive and is none too pleased when he finds himself the only hope of a small group of honest people running a remote oil refinery. He must protect them from the bike gang that is terrorizing them whilst transporting their entire fuel supply to safety. Written by Graeme Roy <gsr@cbmamiga.demon.co.uk>

What a great film. Having been a fan of the original, this one was just so perfect in every way. The frantic direction and editing, present in the first film as well, is used to an extreme and on a grander scale. A little less grit and depression makes this film more agreeable and main stream. It is probably the film that really kicked Mel Gibson's career into high gear. 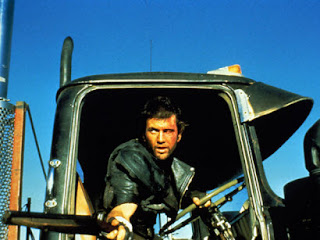 One could argue that the Sci-Fi content in this film is the lowest of any on my list. The fact that it takes place in a post apocalyptic future is really the only thing making is Sci-Fi, hence it is more action. Still, the fact that the crux of the story is lack of gasoline ties into that fact. The original Mad Max supposedly takes place before the 'war' and is more present day like.

Anyhow, it is included here because of all the elements listed. The anti hero of Mad Max is an excellent character and one wonders how the reboot will look. 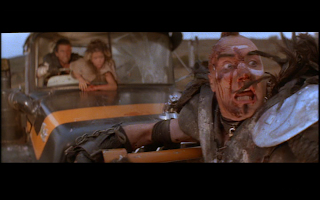 First time I saw the film– with my mother and brother in a double feature with Blade Runner – doesn't get much better than that.
How many times have I seen it – 15-18 times
I have it on DVD