The Moff Gives Some Clues To The New Companion 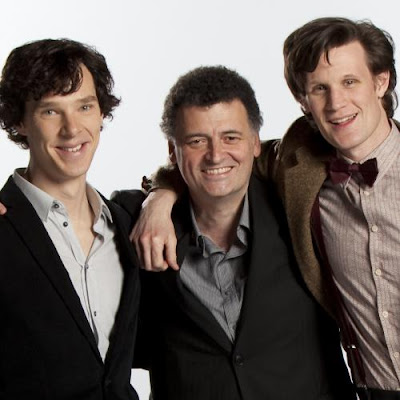 In grand Steven Moffat style he gives his trademark cryptic clues as to who the comapnion will be.  Steven Moffat wrote a piece for the program for the Doctor Who Symphonic Spectacular that was preformed in Melbourne, Australia.  The cryptic passage reads.

“Doctor Who‘s 50th anniversary is coming. In Cardiff, we’re gearing up for the biggest, the best and the most ambitious season we’ve ever made. There will be shocks, surprises and heartbreak – the Doctor is about to say goodbye to his very best friends, Amy and Rory.
And then he’s about to say hello to someone very different – the Doctor is going to meet someone very new in the very last place he could ever have expected…”