Could We See Benedict Cumberbatch Playing The Master??? 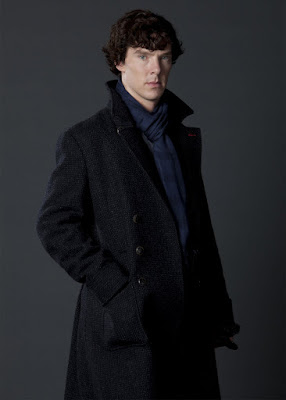 Take this one with a grain of salt but I am hoping that it is true.  The Express is reporting or a better word would be speculating that Benedict Cumberbatch will be playing The Master during the 50th Anniversary season of Doctor Who. The Express have a quote from an anonymous source that states


“It’s fitting that the Doctor comes face to face with his ultimate enemy, The Master, for the 50th anniversary and it’s felt Benedict is the perfect choice if schedules can work,” a source told the paper. “Fans will love the idea of the man who plays Sherlock Holmes taking on the Doctor’’.

Well the thing going in the favor of this coming true is that Steven Moffat works with Benedict Cumberbatch on Sherlock so maybe the Moff can convince his star to take on the part of the Master. You can form your own opinions as we wait and see what transpires.