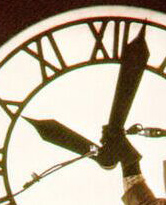 One thing my list is lacking is sci-fi comedies. One could argue there have not been that many good ones and while I would agree that Galaxy Quest, Sleeper and Dark Star are all funny and pretty good, only one comedy made my list. 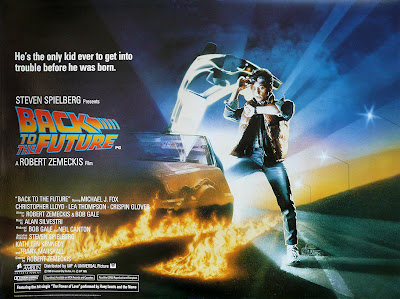 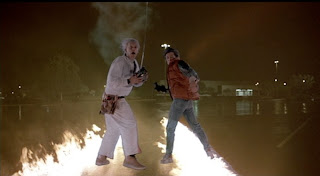 IMDB Story Summary
Marty McFly, a typical American teenager of the Eighties, is accidentally sent back to 1955 in a plutonium-powered DeLorean "time machine" invented by slightly mad scientist. During his often hysterical, always amazing trip back in time, Marty must make certain his teenage parents-to-be meet and fall in love - so he can get back to the future.Written by Robert Lynch <docrlynch@yahoo.com> 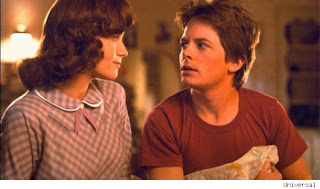 I have seen many films on my list multiple times but this film is one of only a few that one can watch many times and find something new. The detail in this film is incredible. What I find amazing about this movie is its ability to set up pay off scenes all the time. You don’t have to pay close attention to the movie and come away enjoying it. But if you pay close attention, you will see so much more. I am not just talking about all the cool signs in the town or just the irony of the entire situation. There are so many little details. The running over of one of the twin pines, changing the name of the mall to the Lone Pine Mall is just one example. 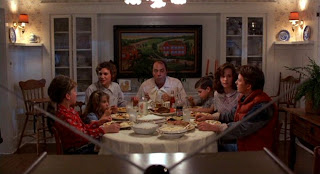 So many scenes punctuate the irony and humorous side of this time travel plot. The entire movie is meticulously integrated into itself. This continues to an extreme in Back to the Future 2 which certainly does an adequate job following along the same vein, but is perhaps a bit worn out by that time.

My favorite scene is when Marty is having dinner with his family from 1955 - Michael Keaton does an incredible job as do all the actors. 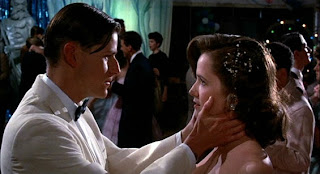 The film has a great cast and is endearing to all kinds of audiences.  The comedy has a big heart as well.

Email ThisBlogThis!Share to TwitterShare to FacebookShare to Pinterest
Labels: Back to the Future, top 25 sci fi movies