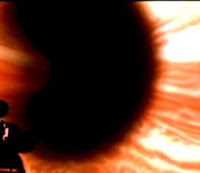 If you have kept up with my series of top 25 Sci-Fi movies you may have noticed that I have not included too many sequels. Actually I have only listed one sequel (Mad Max- The Road Warrior). I guess you could call Serenity a sequel to the series Firefly if you want. For my remaining list of 13 I have a total of five sequels so I guess that means I hold sequels in high regard. Interestingly of the sequels on my list a total of four have their original counterpart also on the list and the following is one of them. 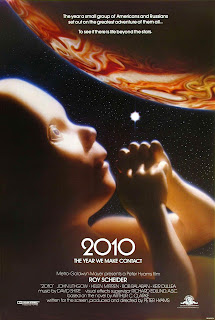 IMDB
In this sequel to 2001: A Space Odyssey, a joint American- Soviet expedition is sent to Jupiter to discover what went wrong with the U.S.S. Discovery against a backdrop of growing global tensions. Among the mysteries the expedition must explain are the appearance of a huge black monolith in Jupiter's orbit and the fate of H.A.L., the Discovery's sentient computer. Based on a novel written by Arthur C. Clarke.Written by Keith Loh <loh@sfu.ca> 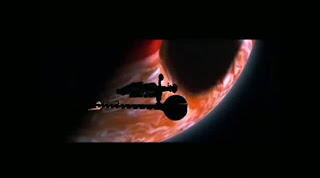 I absolutely love this film. It is often forgotten about and rarely mentioned in the same level as 2001 but this may be a bit unfair. The film does an excellent job as a sequel both in matching the look of the original while logically continuing the story along. The cast is excellent and demonstrates how different the movies are to one another. The characters are subdued and virtually non existent in Stanley Kubrick's 2001: A Space Odyssey. In 2010, characters are front and center. Roy Scheider is excellent in the film. 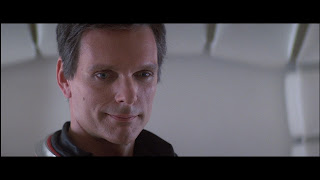 The film is highly dated because of the Russian vs America stand off. The film seems set in the 80's with the politics and since this is such an important aspect of the film, it can't be ignored. The end result of the story does support and keep the original theme of 2001 going. 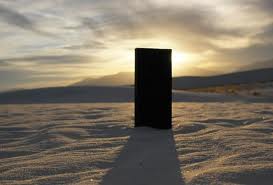 Some sequels “bring down” the original to a degree because of changing meaning or elements of the original. The film could be criticized for not keeping the standard of the original but I don't think it was meant to. It is so far removed from the original in both years in between coming out and type of film, that while 2010 is a sequel, it seems almost a stand alone movie.