Doctor Who - The Enemy of the World Review 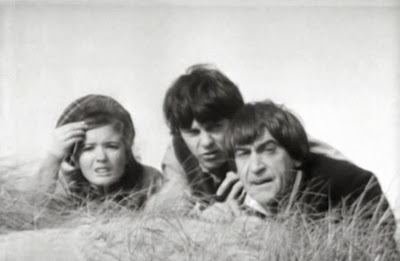 I still can't believe that I finally saw this Doctor Who episode. In the early 70's the BBC destroyed most of their video archive and while film copies were returned hundreds were not and believed gone for good. Over the years Doctor Who's missing count dropped with finds of an episode here and a couple there. Earlier this year the count was table at 106 but is now 97 thanks to the efforts of Phillip Morris and his team of archivists searching the globe for missing episodes. 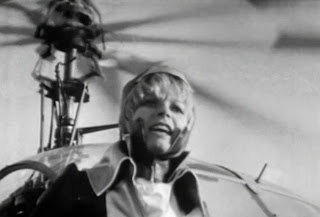 “The Enemy of the World” is a six part story that aired between December 23 1967 to January 27 1968 and starred Patrick Troughton as the Doctor. After the junking in the 70's, the serial could only be experienced by viewing fan made reconstructions (using telesnaps and the original audio recording) or reading the Target novelization. Episode 3 did exist in the archive and was released on home video with many other incomplete stories. 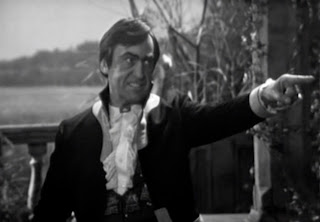 The story follows the Doctor, Jamie (Fraser Hines) and Victoria (Deborah Watling) as they land on Earth in 2017 (50 years away from 1967 but only 4 from us now). They get caught up in a political and ecological thriller mostly because the Doctor resembles an evil leader, Salamander. Different sides are out to reveal Salamander's plot to destroy his enemies while most people view him as Earth's savior. The Doctor is hesitant in helping one of the sides until he learns more about what is going on. We soon learn that Salamander has double agendas and secrets beyond even his most trusted aides and the Doctor must impersonate Salamander to learn more and to save many lives. 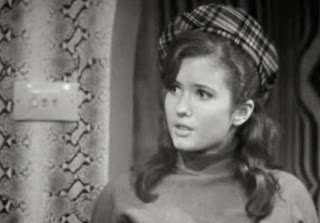 This story has the distinction of being the only story of that season 5 without a featured monster in the mix. Instead we have people fighting people in a very thrilling and complex story with so many twists and turns that M. Night Shyamalan would salivate. One has to expect the usual trapping of having look a like characters pretending to be one another and having everyone be tricked or trying to guess which one was which. I was surprised how subtle these were done and in most cases, the viewer was not aware of the switch. The writing and director allowed for off screen moments to deliver times when we weren't sure who was who and credit goes to Patrick Troughton in playing the two parts perfectly. This has got to be one of his best acted Doctor Who stories. 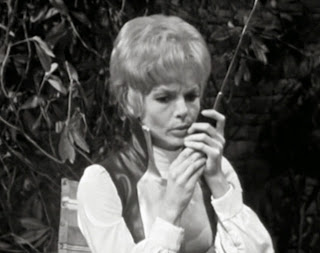 Episode 1 starts off with some silly Doctor action as he delights in taking a dip in the ocean to the bemusement of his companions. Things get crazy with a non stop chase as assassins try to kill the Doctor, thinking he is Salamader. The location shooting is very well and you can see that this an few previous ones like “The War Machines” are starting utilize more and more location shooting that would become commonplace during the UNIT years.

The plot settles down after that and becomes a intrigue tale of chess as each side moves and learns more about each other. Jamie and Victoria manage to bluff their way into Salamander's complex in an attempt to learn more about his true intentions but are soon found out and locked up for almost two episodes (both Fraser and Deborah were on vacation during the filming of this serial). It is a shame not to see them fully integrated into the story as they seem to never do much after their initial couple of episodes. In the end they are shuffled off to the TARDIS before the end of episode 6. 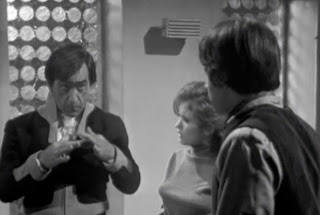 This does give more of the guest cast time to shine with Mary Peach as Astrid taking the most advantage of this and the excellent writing to really deliver an excellent part that is full of action and emotion. She is one of the tougher female characters, a trend that had been going on for a while, perhaps influenced by The Avengers and Emma Peel. Others in the cast such as Colin Douglas (Bruce), Milton Johns (Benik) and Carmen Monroe (Fariah) also bring some great moments to this story.

The story was probably a bore to many children who were hoping to see monsters. The story is serious and at times dry but with the performances and story, at least the adults should have appreciated it. 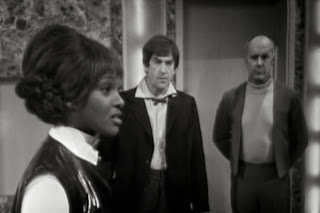 From a personal perspective, I never was that interested in this story for the same reasons, because there were no Cybermen, Yeti or Ice Warriors and when I heard about the find I right away loved the idea that "The Web of Fear" was back. But my choice of first download was “The Enemy of the World” and I was so excited to see this, I broke out in tears a couple of times.

I was afraid that my over excitement to see this story that I never thought I would ever see would cloud my review and I wouldn't have been surprised to see my rating of it be the best Troughton story ever. I felt that the emotion of seeing this story and it being the first full classic series that I have seen for the first time in 22 years (not including the Doctor Who movie) would be a driving factor in this review and it may indeed cloud it a bit.

I loved watching this story. So much of it was good as I mentioned above. I won't go as far as say this is better than my previous top Second Doctor story, “The Tomb of the Cybermen” but it is excellent and makes me like Patrick Troughton even more and he is already one of my favorite Doctors.

It is just great to see more of Watling and Hines, especially Watling as so little of her time in Doctor Who is missing. My picture of that era of Doctor Who is just a little clearer now with one more story to compare. It was refreshing to see this and the 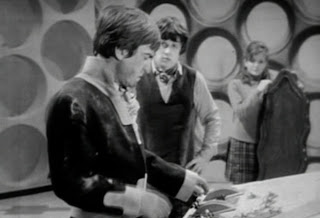 hopes for more are higher now than ever.

If you are debating on whether to purchase on Itunes or DVD, it is worth it just to see more Doctor Who. As of right now there is no US DVD info other than rumors that it will be out in early 2014. The UK DVD is out on November 25 and the DVD is not listed with any extras so beyond the vidfire process and better quality, the DVD is the same as the Itunes release.