Here we are.  It is the 49th anniversary to our favorite show.  We are now about a month away from the start of the 50th anniversary year.  There are lots of speculation and lots of anticipation for what is to come in the next year.  But the 49th is something special also.  The show, in one form or another, has persevered for 49 glorious years.  We’ve had original novels and audios to tie us over during the wilderness era.  You remember that time when Doctor Who was off the air and all we had was the video tape releases to watch with no new Who in sight for many years to come. It was a dark time but now that is over and unlike the 30th and 40th anniversary we are on the verge of celebrating the 50th with a televised special with current Doctor Matt Smith. 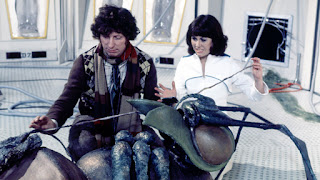 But I always remember on November 23 what got me hooked on watching this crazy show we call Doctor Who.  Well I can say that I have been a fan for 31 of the 49 years or all but 10 years of my life which seems pretty crazy that it’s been that long for me.  It all started with Tom Bakers The Ark in Space.  While I was on the phone with my best friend he was watching part 4 of Robot. He was describing the closing moments of episode 4 of Robot to me and said it was on our local PBS station.  So I checked it out the next day and, well as it goes, I was hooked and have been a big time fan ever since. 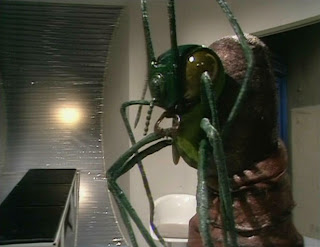 Yes The Ark in Space is to blame for me becoming a fan.  Watching this bohemian, curly haired, toothy smile of a really long scarf wearing man got me hooked. Yep The Fourth Doctor Tom Baker was the man and performance that lured me in.  Then there was him fighting off the Wirrn and saving everyone from the clenches of the giant bug like creatures.  For a ten year old this was pretty cool as The Ark In Space had alien creatures and a guy with a sense of humor but seriousness when it was called for.  I saw a man who protected his friends, in this case Sarah Jane and Harry, and who was not afraid of the attacking Wirrn. 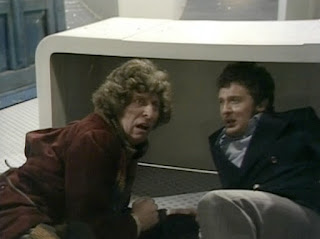 To my 10 year old brain I thought it was fantastic.  I was just getting into sci – fi and Star Wars and Star Trek so far had been it for me.  So it was pretty awesome to sit and watch something different.  The best part was that The Ark in Space had me wanting more because of the cliffhanger.  The cliffhanger really solidifies it for me as I kept coming back day after day.  The Ark in Space is also one of those classic stories.  It comes right after Robot and in my opinion this story solidifies Tom Baker as The Doctor.  It’s just a classic story that has all the elements of the greats. It has a strong story, action, great acting and a scary alien creature.   It is such a great story with lots of good moments.  One for instance is right at the beginning when The Doctor and Harry are trapped by the defenses of the ark.  An electric zapper is firing bolts of electricity at them and they are trapped under a table.  Needless to say after a couple of shoes and a cricket ball the two do manage to deactivate the device. 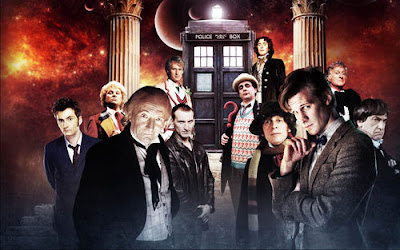 The Ark in Space will always have a special place in my heart as it was the story that got me hooked on this 49 year old show which has had 11 great actors to portray The Doctor. The 49th anniversary will be overshadowed by the 50th but it is still an anniversary of the greatest sci – fi show of all time.  So here is to all 11 actors who have played The Doctor and here is to Doctor Who on 49 glorious years and to one big party coming right up around the corner.