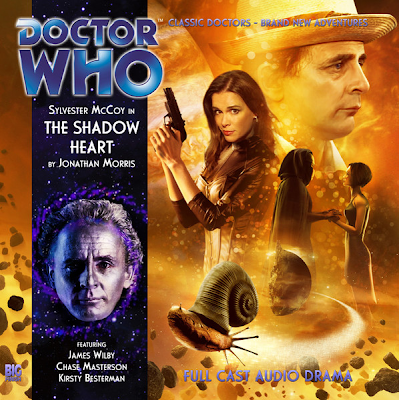 Here is Novembers regular Doctor Who series with 7th Doctor Sylvester McCoy and that girl from Deep Space Nine Chase Masterson.  Its available to order from Big Finish on their site.
http://www.bigfinish.com/releases/v/the-shadow-heart-335


One empire has fallen and another has taken its place. The race known as The Wrath are expanding into new territory. Only the Earth Empire stands in their way.

It's been fifty years since the Doctor last visited this sector of space. And one man in particular has been awaiting his return. As the mistakes of his past come back to haunt him, and with a price on his head and bounty hunters on his tail, the Doctor is heading for a last reckoning.

The pieces are finally coming together. Somewhere deep within The Shadow Heart.