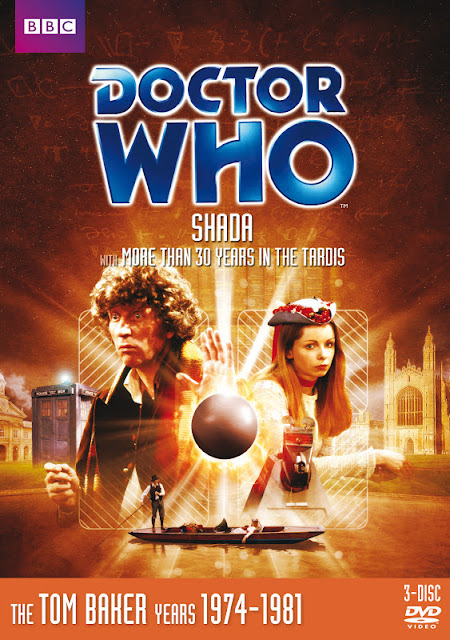 Here are the release details for Shada and More Than 30 Years in TARDIS. It will be coming out January 7 2013 in the UK and January 8 in North America.


DISC ONE
The version of the unfinished Douglas Adams story previously released on VHS in 1992 (featuring linking narration from Tom Baker).
The 2003 BBCi animated version of Shada with Paul McGann (via computer).

DISC TWO
Taken Out Of Time - a brilliant behind-the-scenes documentary
Now and Then - a featurette visiting the locations of Shada.
Strike! Strike! Strike! - looking at other BBC shows affected by industrial action.
Being A Girl - Samira Ahmed and Emma Price look at the portrayal of women in Doctor Who.

Email ThisBlogThis!Share to TwitterShare to FacebookShare to Pinterest
Labels: doctor who, Shada