Synopsis For Doctor Who: Love and War 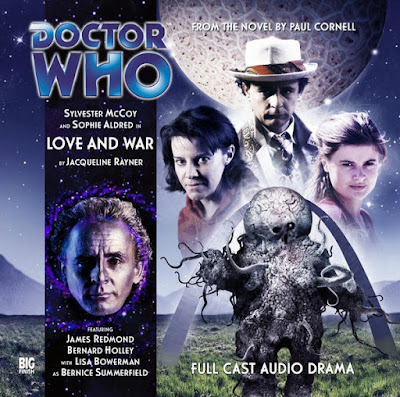 Readers of the classic Doctor Who New Adventures range of books from Virgin will remember this story from Paul Cornell.  Well now it has been adapted as an audio adventure from Big Finish and is out now and available at this link.


On a planet called Heaven, all hell is breaking loose.

Heaven is a cemetery for both humans and Draconians - a final place of rest for those lost during wartime. The Doctor arrives on a trivial mission - to find a book, or so he says - and Ace, wandering around Joycetown, becomes involved with a charismatic Traveller called Jan.

But the Doctor is strenuously opposed to the romance. What is he trying to prevent? Is he planning some more deadly game connected with the coffins revered by the mysterious Church of Vacuum and the unusual Arch that marks the location of a secret building below ground?

Archaeologist Bernice Summerfield thinks so. Her destiny is inextricably linked with that of the Doctor, but even she may not be able to save Ace from the Time Lord's plans.

This time, has the Doctor gone too far?

A new adaptation of the Virgin New Adventures novel which introduced Bernice Summerfield; also contains the prelude from Doctor Who Magazine and a behind-the-scenes documentary about the making of the story.