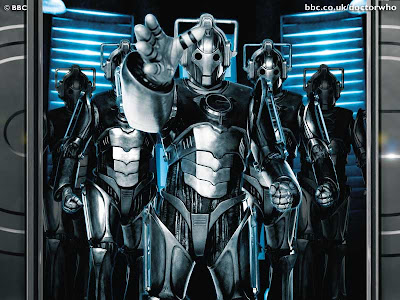 The BBC have announced today that Neil Gaiman's Series 7 story will have the Cybermen as the main baddie.  The episode also has a good crew of guest stars that play a band of misfits on a mysterious planet.  The guest stars playing the misfits are Warwick Davis, Tamzin Outhwaite and Jason Watkins and of course a bunch of Cybermen.

This is pretty cool news and hopefully Neil Gaiman can make the Cybermen more relavent again something that hasn't happened since Earthshock.  You can read the official BBC press release at this link.
http://www.bbc.co.uk/blogs/doctorwho/articles/Confirmed-for-2013-Cybermen-and-Stellar-Cast