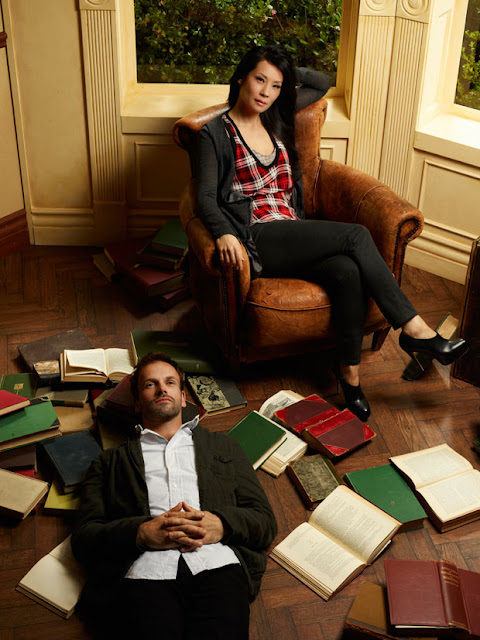 “Elementary, my dear Watson!” are words Conan Doyle never wrote, and his character, Sherlock Holmes, never uttered. This makes it ideally appropriate for them to be associated with the title of the latest Sherlock Holmes adaptation from US television network CBS. The words were actually spoken by the movie version of Sherlock popularized by Basil Rathbone in the 1940s whose screen adventures were also, only tenuously connected to the Conan Doyle stories. These movies are in fact, more obviously the forerunner to this TV Show. It may have been imagined that these movies would be more familiar to an American audience and that they would find less pleasure in the sport of spotting references to the original stories. 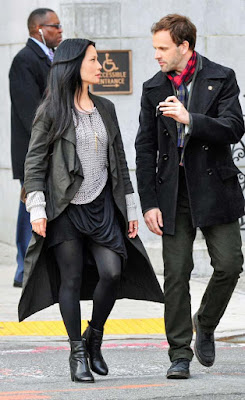 ‘Elementary’'s executive producers Robert Doherty and Carl Beverly claim a thorough knowledge of the original material, but this knowledge proves to be scarcely of any importance here.  Jonny Lee Miller has created an intriguing, engaging and jittery detective, but this character has an entirely different backstory and all that links him to the original Sherlock Holmes is a British accent, an over-developed sense of observation and logic, a degree of social insensitivity and a slightly archaic way of expressing himself.  The writers have created the  'mystery' of his character by the clichéd device of some traumatic or tragic event in his past that caused him to go off the rails into alcoholism. Conan Doyle's Sherlock developed an addiction to cocaine because he felt it would energise his abilities. For someone with such arrogance regarding his skills, this Sherlock’s choice of alcohol is odd, as it dulls reactions and stupefies the faculties – perhaps it was because he had a father (non-existent in the original stories) who in the 21st century, insisted on calling his sons Sherlock and Mycroft, an immediate invitation to ridicule? Who wouldn’t turn to drink under those conditions? 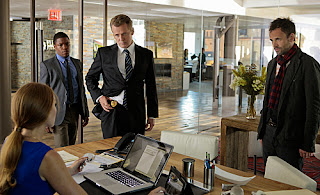 Basically, Miller’s Sherlock has not much more in common with Conan Doyle's Sherlock than ‘The Mentalist’'s Patrick Jane or ‘Monk’'s Adrian Monk, who are two of many detectives based on the Holmesian model. I can only imagine the move to openly identify him with Conan Doyle's character was to pre-empt accusations of leaping on a bandwagon or to try to attract the same audience that fell in love with the BBC/PBS updated version of 'Sherlock' written by self-confessed Conan Doyle fanboys,  Moffat and Gatiss.

Rumour was that Moffat and Gatiss were approached to do an American version and declined, so the option was to go with a team of writers ready and willing to create another cop show using those elements of detective stories that Conan Doyle had made so iconic. On that level 'Elementary' works quite well. It is a better than average cop show - a superior ‘CSI: Baker Street’, as I saw it amusingly named on the web. This is thanks in great part to Jonny Lee Miller, who, in my opinion, is the most watchable aspect of it, and I’m pleased he's getting some major exposure. The stories are often convoluted and are used, albeit in a more obvious way, to illustrate the brilliant perceptiveness of the detective. Miller’s Holmes declares that he ’never guesses but observes and then deduces the facts’. We watch Holmes piece clues together – but he certainly makes some oddly lucky leaps in the process, which are never explained. Conan Doyle’s Holmes would say ‘it is dangerous to theorise without data’, yet this seems to be Miller’s modus operandi. Using conventional cop show scenarios sometimes makes the twists or results too easy to guess and the viewer does not want to be deducing ahead of Sherlock!  You can’t help but feel that perhaps the greatest crime to be found in this series may be the one of identity theft. The modernised and colloquial language that somehow worked in the BBC adaptation, here becomes grating (everyone in episode 2 was constantly 'reaching out' to someone else, which was not just grating, but sloppy writing too). 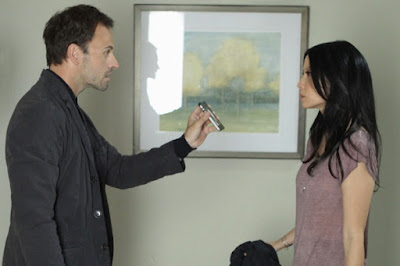 I don't have any particular objection to Watson being a woman in this 'updated' version, though Lucy Liu is rather dry, lacking the warmth of the original and less sympathetic than Holmes himself - the opposite situation to the usual Holmes/Watson dynamic (I'm not convinced this was a deliberate intention on the part of the show's writers). Admittedly, so far, she does not have the most interesting of roles and may be doing the best that she can with the material - being a backdrop against which Sherlock can air his eccentricities.


In terms of other Conan Doyle stalwarts, we’ve lost Holmes’s landlady Mrs Hudson, as well as Inspector Lestrade, who is replaced with a lesser-known detective, Captain Gregson, who in this adaptation apparently worked with Holmes while in London (sent by the NYPD to observe Scotland Yard’s Counter Terrorism Bureau). It was nice to see Aidan Quinn again - hopefully he’ll have the chance to make more of his role as ‘Elementary’s first series has just been extended to a run of 22 episodes. 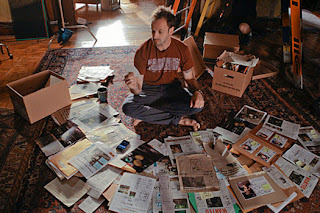 The ‘Holmsian’ character is not sacrosanct - it has weathered many adaptations, modernizations and even comedic interpretations (Downey Jr, come on down!) and if purists are in need of escape into the comforting warmth of the classic Conan Doyle character, there is still the sublime Jeremy Brett, who sadly, only managed to completed 41 of the 60 Conan Doyle stories before his sudden death. There are still 19 left… (hint) .