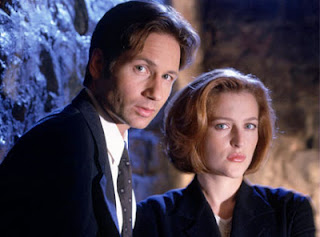 The Digital Bits is reporting a rumor that Fox may be looking to release The X-Files on Blu-ray.  Since the show never aired in high definition and the special effects were made in standard definition, the release would mirror what Star Trek The Next Generation is doing with remastered effects.  The X-Files was shot on film and so an conversion to HD is possible but the effects were made in a standard definition and would have to be remade similar to Star Trek, the Next Generation.  It is uncertain whether the effects elements exist in HD or that they would just have to be done over again.

Email ThisBlogThis!Share to TwitterShare to FacebookShare to Pinterest
Labels: the x-files, The X-Files blu-ray