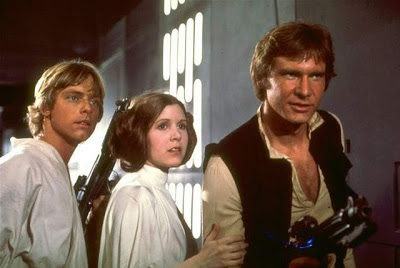 Steven Spielberg has said that he does not want to be involved in Star Wars stating "It is not my genre, I'ts my best friend George's genre."

Quentin Tarantino states "I could so care less" about next Star Wars trilogy.  "Especially if Disney is going to do it."

Zach Snyder is a big Star Wars fan but thinks "i just think doing episode 7, 8 and 9 is just a slippery slope." and "would be a lot of effort."

While the search for a director is still going on, the screen writer for Episode 7 has been selected.  Michael Arndt will write Star Wars Episode Seven.  Arndt wrote Little Miss Sunshine which won an Oscar.  He also wrote Toy Story 3 and the upcoming The Hunger Games - Catching Fire.