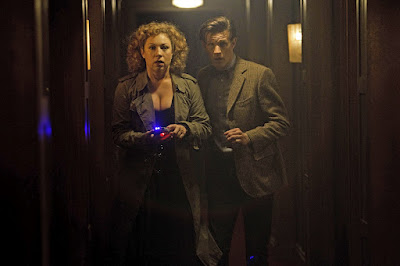 Alex Kingston will be reading the EBook version of "The Angels Kiss" for AudioGo's Doctor Who range of audio books and adventures.  The download will be available in December with a CD version out later in March. You can read the announcement below.

This month AudioGO have scooped an exclusive coup! River Song herself - actress Alex Kingston - has recorded Doctor Who: The Angel’s Kiss by Melody Malone for release as a download in December, with a CD release following in March. Alex Kingston (Marchlands, ER, Moll Flanders), has become a fan favourite as mysterious River Song in the Doctor Who TV series, and we are thrilled to have her on board to tell Melody Malone's story.