BBC Worldwide has announced a Doctor Who Festival to be held November 13th to the 15th at the London Excel.  Tickets will go on sale tomorrow at 10AM UK and it has already confirmed two guest Steven Moffat and the 12th Doctor himself Peter Capaldi.  Looks like a pretty good convention that might just coincide with the end of Series Nine. 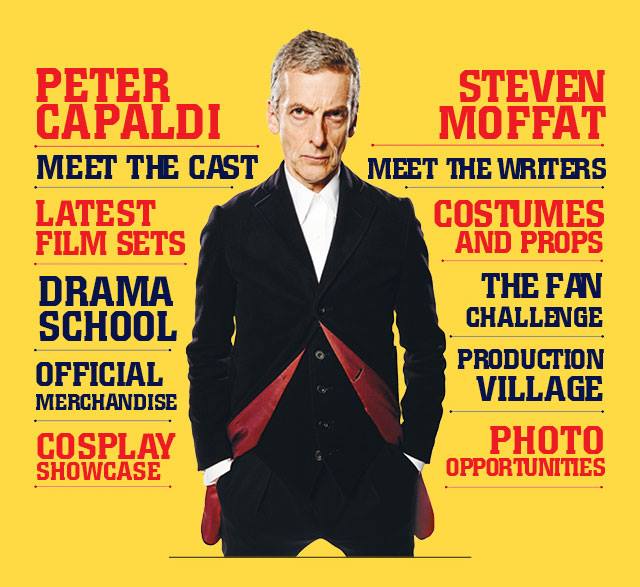