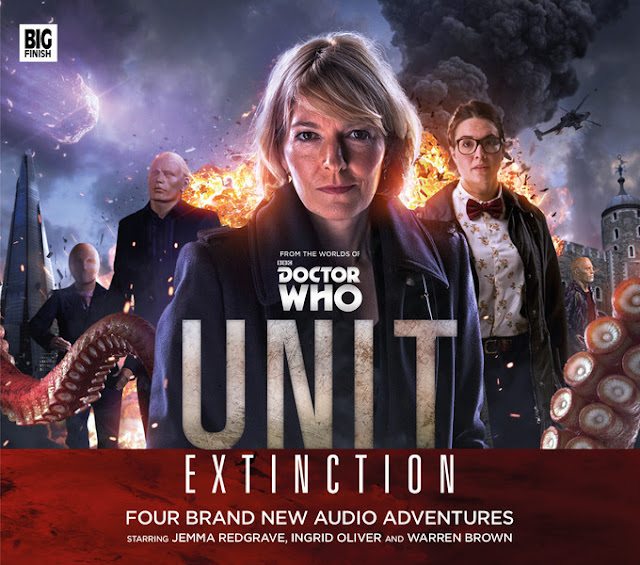 Big Finish have released the info on the team members that will be joining Kate Stewart played by Jemma Redgrave in the upcoming UNIT Series for Big Finish.  The first story Extinction will be out this November and there will be one familiar face or rather voice as Ingrid Oliver has been added as Osgood.  Also joining them will be new characters Lieutenant Sam Bishop played by Warren Brown,
Captain Josh Carter played by James Joyce and Colonel Shindi played by Ramon Tikaram.

For the full press release and to preorder go to the Big Finish website.
http://www.bigfinish.com/news/v/unit-the-new-series---the-full-team-revealed